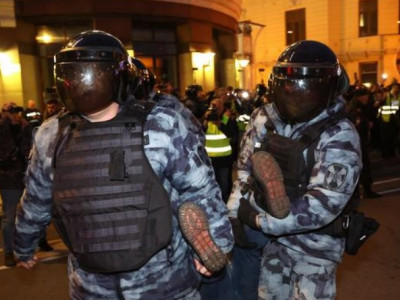 Many in Russia fear a "partial mobilization" of the military is the first step in a move that would see more and more men fight – and die – in Ukraine. Some have tried to escape and others have even dared to protest.

Russian President Vladimir Putin made a rare televised address to the Russian people on Wednesday morning when he announced a "partial mobilization," saying the measure was needed to protect Russian people from what he called "the entire war machine of the collective West" in Ukraine.

Putin followed the announcement with repeated assurances that this mobilization is just "partial." He emphasized that it only concerns reservists and those who have previously served in the army or have military experience.

Russian Defense Minister Sergei Shoigu also addressed the public, saying conscripts and students would not be called up to fight and that only 300,000 people would be drafted under the new mobilization measure.