After Griner Gets Jail, Russia Ready to Discuss Swap With US 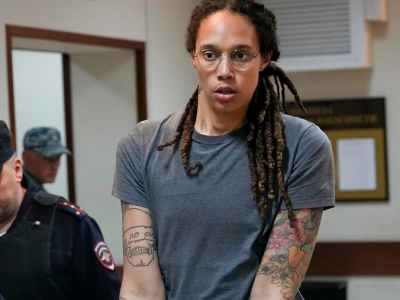 Russia and the United States said on Friday they were ready to discuss a prisoner swap, a day after a Russian court sentenced basketball star Brittney Griner to nine years in prison for a drugs offense.

The case against Griner, a two-time Olympic gold medalist and Women's National Basketball Association (WNBA) star, plunged her into a geopolitical maelstrom after Russia sent troops into Ukraine on Feb. 24.

"We are ready to discuss this topic, but within the framework of the channel that was agreed upon by presidents Putin and Biden," Lavrov said during a visit to Cambodia.