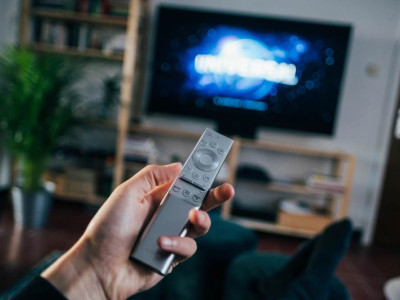 Historians cite television as one of the greatest inventions of humankind. The introduction of this new medium occurred at the beginning of the 20th century after scientists in the United States, Japan, and the Soviet Union successfully transported pictures using electric rays.

The mass use of television came about in the mid-20th century. By the time the 1970s rolled around, television had spread worldwide. Today, television knows no bounds. There is no country in the world where TV broadcasting doesn’t exist. It is hard to imagine that approximately 100 years ago, there was no television.

Television has evolved over the years, and today it is an integral part of our lives. It is the best way of transmitting information. Television has drastically influenced the development of society, and its influence continues today. Modern television offers audiences many channels featuring a diverse array of programming.

Innovations in television expanded in the 21st century. For decades, viewers watched their beloved TV programs at the exact time they were broadcasted. Today we have a more flexible viewer-oriented alternative. We can watch TV shows, news, and films whenever we want. This function is called time-shifting, or better known as “rewind.” Every day more and more people use this function.

The first steps in this direction were made in 20th century. Digital video recorders were already in use when, in 1999, devices, that could stop live streaming, were sold at an electronics show in Las Vegas, Nevada.

At the start of the 2010 ratings year, OzTAM, an Australian audience measurement research firm, introduced its Time Shift Viewing service in response to the increasing presence of personal video recorders (PVRs) in Australian households. It was the most significant change to the country’s television audience measurement since people meters were introduced in 1991. OzTAM’s Time Shift Viewing service captures viewing of television broadcasts played back at normal speed through the TV set within 28 days of the original broadcast. It was also possible to use the pause function while live-viewing.

Nielsen researched which thinking patterns viewers use while rewinding. Research showed that alternative way of watching TV made viewers more patient. The time-shifting option has widened television viewer’s audience. If we include a wide array of television watching, than we must include all kinds of viewers. In the first quarter of 2019, American TV watchers 18 and above spent four hours a day viewing time-shifted broadcasts.

In 2016, in the United States recorded the highest percentage of time-shifted viewing among prime time cable networks:

The biggest broadcast programs in 2016 were:

In the 2018 study conducted by researchers at Carnegie Mellon University, Erasmus University Rotterdam, and Católica Lisbon School of Business and Economics, the researchers used a randomized control trial that involved cable customers from more than 50,000 households. Some of the households were given premium TV channels for six weeks. These channels included popular movies and shows without commercial breaks. In some households, consumers were provided access to time-shift TV, which allowed the researchers to observe the effect of the technology on consumers’ consumption of TV.

The study found that on average, having access to premium channels with time-shift TV increased the total household consumption of TV through the viewership of both live and previously aired programs. Having time-shift technology did not change the amount of time consumers viewed live TV, but it did boost the concentration of total TV viewership because viewers used the technology disproportionately more to watch popular programs. The study also found that time-shift TV was used more frequently for watching TV programs and movies, and not as frequently for watching sports and news.

Despite the rise of time-shifting and the influence of social media in today’s world, viewers are still much more inclined to watch sporting events live – after all, in today’s digitally connected world, it’s easy to accidentally find out the results of the match before watching it. A study from Nielsen confirms that 95% of total sports viewing happens live. To put it into perspective, sports accounted for 93 of the top 100 live-viewed TV programs last year, compared to just 14 a decade earlier.

According to a study published by Glance/Médiametrie in 2019, the average age for time-shift viewers is almost 50 years old. The study found that the older population that watch TV as a time-shifted audience in the UK and the Netherlands is larger than the one in France and Spain. In all countries, time-shifted viewers were on average 7 years younger than live-viewers.

An online interview conducted in 2021 in Japan showed that 60% of Japanese men between the age of 50-59 years frequently watch TV with time shifting. Japan showed different results from Europe. In Japan, it appears that time shifting is more popular with older people than it is with the younger segment.

With a steadily growing percentage of viewers watching time-shifted television, advertising companies have had difficulty targeting this audience segment. The main reason is the ability of the time-shifted viewers to skip over the ads and watch only the programs.

If we look back at the history, we’ll see that the name “soap opera’’ itself originated from the first advertisers of dish and washing soaps. Since the advent of radio, programs were funded so they could reach their audience. Viewers of this kind of programing were mostly housewives, exactly the audience segment the advertisers were interested in.

Worldwide, advertisers of certain products pay channels to broadcast their ad-videos, which we watch for free. However, because of time-shift viewing, it became more difficult to reach the target audience segments that will buy their products and use their services. Over the years, TV-monitoring companies found a way to account for the viewers who not only watch live TV, but also those using time-shifted viewing for 24 hours and up to one week.

The rewind function has become increasingly popular in Georgia. Tri Media Intelligence was the first organization that started measuring time shifting in 2016. The company was also was first to measure guest viewing. For the last couple years, information about advertising time is sold with accounted time shifting and guest viewing. Based on data gathered by Tri Media Intelligence, from 2018 to 2022, the annual average of time shift viewing sits at 11%. In 2020 and 2021, this number reached 12% and 13% respectively. This rise can be explained by the COVID-19 pandemic. During the lockdown, TV set use has increased overall and time-shifted viewing has also increased. This growth can be explained by the increased use of IPTV, which differs from conventional cable TV in that it is delivered to users in Tbilisi and six other cities of Georgia (Rustavi, Gori, Batumi, Kutaisi, Zugdidi, and Poti) via a computer network-based technology, e.g. Silknet and Magti. From 2017 to 2020, IPTV (Television, which instead of traditional or cable broadcasting is provided to the customer with technology created for computer networks, for example: “Silknet”, “Magti”) usage in Tbilisi grew from 40% to 53%, and in the other six cities from 34% to 68%.

In 2018, the most “rewound” genre was movies, but from 2019 to 2022, TV series became more “rewound” genre. For Georgian viewers the least popular time-shifted viewed genres are cognitive and sports.

In Georgian television, from 2018, the absolute leader in “rewound-watched” shows is Georgian TV series “My Wife’s Girlfriends “. For last 5 years, it was always on the first place of rewound TV shows.