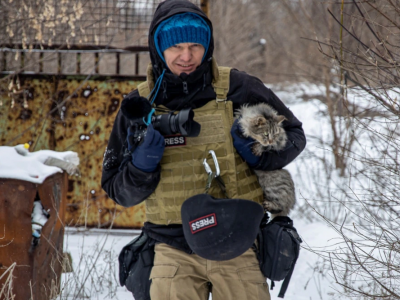 An investigation conducted by Reporters Without Borders (RSF) concludes that noted Ukrainian photographer and documentary maker Maks Levin, along with a soldier who was accompanying him for security, was executed by Russian troops near Kyiv in March as they searched for a piece of photographic equipment they had lost.

The Paris-based RSF said in a report that investigations it conducted from May 24 to June 3 as well as information and evidence obtained indicate that Levin and Oleksiy Chernyshov were executed by Russian soldiers in a forest around the village of Moshchun near Kyiv on March 13, "possibly after being interrogated and even tortured."