Zaporizhia NPP starts to receive electricity for its own needs from grid, units of three other NPPs being prepared for connection - Energoatom 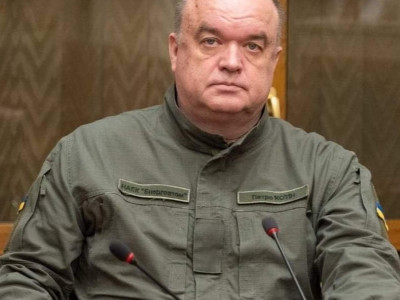 The Zaporizhia nuclear power plant (NPP) is connected to the Ukrainian power grid to receive electricity for its own needs after being provided with diesel generators, units of three other Ukrainian nuclear power plants, which lost connection with the power grid as a result of a massive Russian missile attack on November 23, are being prepared for connection, Petro Kotin, president of Energoatom, has said.

"This morning, November 24, the Zaporizhia NPP received power for its own needs from Ukraine's power system. All diesel generators were turned off and switched to standby mode," Kotin is quoted in a message of Energoatom on the Telegram channel on Thursday.

According to it, start-up operations are being carried out at the power units of the Rivne, Pivdennoukrainska and Khmelnytsky NPPs.

"During the day, when the power system is ready, the units of these plants will be connected to the power grid, the supply of electricity for the needs of our citizens and the country's economy will be resumed," Kotin assured.

At the same time, he stressed that on November 23, all power units of the nuclear power plants were disconnected from the grid for the first time in the 40-year history of Ukrainian nuclear energy.

At the same time, Kotin explained that such a situation is provided for by the regulations for the operation of nuclear power plants, which are equipped with reliable security systems, and the personnel have the necessary level of qualification and knowledge for a prompt response.

At the same time, the company's President emphasized that under such conditions there is a real danger of a nuclear and radiation catastrophe, which is borne by shelling the entire territory of Ukraine with Russian cruise and ballistic missiles, and a huge risk of destroying nuclear power plants.

"These criminal actions of Putin and his henchmen, pushing humanity to the brink of a nuclear catastrophe, cannot be called otherwise than blackmailing the whole world. Russia must be held accountable for this shameful crime. Additional tough sanctions should be immediately imposed on this state sponsor of terrorism, in particular on Rosatom and its affiliated structures, which are an integral part of the Russian criminal power," the head of Energoatom said.