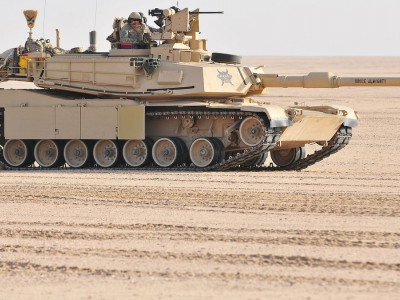 The United States will allocate $400 million for the production of 31 M1 Abrams tanks, which will then be delivered to Ukraine, Bloomberg reports on Wednesday, citing its sources.

The Biden administration will send Ukraine 31 M1 Abrams tanks worth $400 million, two government officials familiar with the situation said. The tanks will be built by General Dynamics Corp, the agency informed.

Funds for these tanks will be received as part of the financial package Ukraine Security Assistance Initiative.

Meanwhile, it is expected that at 19:00 (Kyiv time), U.S. President Joe Biden will speak on the issue of providing American assistance and announce the supply of tanks to Ukraine.

M1 Abrams is the main battle tank of the U.S. Armed Forces, has been in service since 1980. The USA has more than 2,600 units of various modifications of M1 Abrams, more than 3,450 vehicles are in storage.