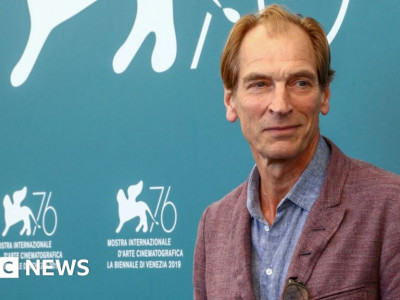 Californian authorities have said they have found no evidence of Julian Sands' location, 12 days after he went missing.

The British actor, 65, disappeared on 13 January while hiking in the Baldy Bowl area of the San Gabriel Mountains, north of Los Angeles.

California has recently been battered by deadly storms.

However, the sheriff's department said the search would continue, "weather and ground conditions permitting".

A spokesperson for the department told the PA news agency that ground searches in areas of higher elevation, yet to be searched in, were still not possible due to the conditions.

The San Bernardino County Sheriff's department said it had responded to more than a dozen calls on Mount San Antonio, known locally as Mount Baldy, and in the surrounding area over the last four weeks. It warned hikers to "stay away" from that area, adding it was "extremely dangerous", even for experienced hikers.

Last week, Mr Sands' car was found next to where he was reported missing.

His family have thanked the authorities for their efforts.

Earlier this week, they also said they were "deeply touched" by the "outpouring of love and support" they had received.

In a statement, the family praised the "heroic search teams" who are working through the difficult weather conditions "on the ground and in the air to bring Julian home".

Born in Yorkshire, Mr Sands has appeared in dozens of films and TV shows, but it was a lead role in the 1985 British romance A Room With A View that brought him global fame.

He lives in the North Hollywood neighbourhood of Los Angeles with his wife, writer Evgenia Citkowitz. They have two children.

Mr Sands has talked in the past about his love of hiking and mountain climbing.

When asked in 2020 what made him happy, he replied: "Close to a mountain summit on a glorious cold morning."