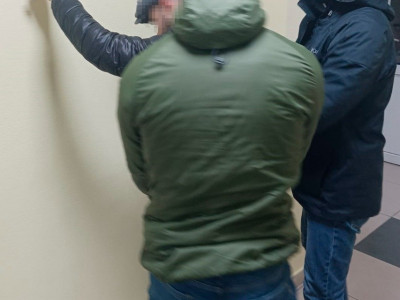 The security Service of Ukraine exposed a Russian agent who came to Kyiv from the occupied Crimea a month before the full-fledged invasion.

The spy arrived under the guise of visiting relatives, the SBU statement says.

The agent did not perform any tasks for some time, and was detained by the law enforcement officers when received the order to start action.

The spy was carrying out the task of the Russian special service to collect intelligence on the locations and routes of the movement of the Defense Forces in the capital region. He was supposed to pass the received information to the aggressor for planning and preparation of active sabotage against Ukrainian military units and law enforcement agencies.

According to the investigation, the enemy accomplice turned out to be a former police employee, who remained in Sevastopol after the annexation of Crimea in 2014.

It has been established that the enemy agent underwent operational combat training at training centers of the Russian special service and then was transferred to the Ukrainian territory.