NATO Summit: What New Weapons Have Been Pledged to Ukraine? 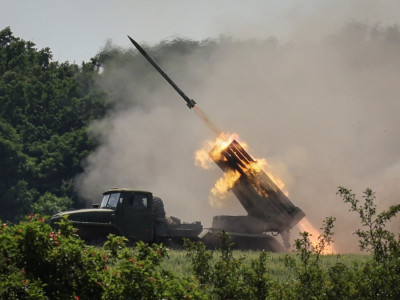 As NATO leaders met in Madrid this week, Ukraine demanded new heavy weapons to defeat Russia's invasion. Here's a look at what Ukraine says it needs and what other countries have promised and delivered.

"By providing them to us, you can completely break Russia's tactics to destroy cities and terrorize Ukrainian civilians," he said.

Ukraine said it needed a tenfold increase in the supply of weapons to counter Russia's huge arsenal of artillery.

"That's not NATO itself as an institution providing things. It doesn't have them. But its allies do," Townsend told VOA. "And so, NATO has been very supportive of allies providing that assistance if they can. There's an absorption rate and a training rate that has to be met as well, in terms of timing."

U.S. President Joe Biden said a new package of military support was on its way to Ukraine.

"Again, the United States is leading the way," Biden told reporters Thursday in Madrid. "We've provided Ukraine with nearly $7 billion in security assistance since I took office. In the next few days, we intend to announce more than $800 million more, including new advanced Western air defense systems for Ukraine, more artillery and ammunition, counter-battery radar, additional ammunition for the HIMARS [High Mobility Artillery Rocket System] multiple-launch rocket systems we've already given Ukraine, and more HIMARS from other countries, as well."

The United States and Britain have supplied several Multiple Launch Rocket Systems (MLRS) to Ukraine. In Britain this week, more than 450 Ukrainian troops completed training on these systems, which are considered crucial in countering Russian artillery.

"It's another component to their own balance. It's a force multiplier. Because it's a truck vehicle, their rocket systems are wheeled. It's going to give them more mobility, which is going to aid in their survivability. It's an ammunition that's able to punch up to 84 kilometers," Oliphant said.

The U.S. has supplied other heavy weapons, including self-propelled howitzers, armored vehicles, drones, and air defense and missile systems.

Britain pledged an extra $1.3 billion in military aid for Ukraine at the summit, taking its total contribution to $2.8 billion — second only to the United States. Prime Minister Boris Johnson said it was vital that other Western partners step up to support Ukraine.

"I think that if Ukraine were to be crushed or forced into a bad peace, the consequences for freedom around the world would be appalling. And that view is shared by everyone in NATO," Johnson said.

"The Caesar artilleries — we have [given] 12 of them right now, and six will be added — are among the most appreciated equipment by the Ukrainian army. They're also among the most credible equipment, considering their range and their efficiency," French President Emmanuel Macron told reporters at the summit Thursday.

Germany has pledged to deliver 15 anti-aircraft tanks in July after repeated delays, while Spain is considering sending around 40 German-made Leopard tanks — though Berlin would have the final say.

Poland said it had already supplied Ukraine with $1.7 billion worth of arms and military equipment, including Soviet-era T-72 tanks, self-propelled howitzers and surface-to-air missiles. Slovakia donated its S-300 air defense system to Ukraine in April.

While not supplying heavy weapons, NATO agreed on a long-term package of military support for Ukraine at the Madrid summit.

"It is also very clear that allies are prepared for the long haul … because they [Ukrainians] are fighting for their independence. But they are also fighting for values which are important for NATO, fundamental for NATO — the sovereignty, territorial integrity of every nation. And, therefore, this matters for our security," Stoltenberg said.

But as the war enters its fifth month, the West still has not supplied heavy weapons in the numbers that Ukraine says it needs, said Fabrice Pothier, a former head of policy planning at NATO.

"There is a political calculation that we should give a bit more but not so much that somehow we can feed and trigger an escalation that gets out of control. And in a way, I understand the logic. But I think it's profoundly wrong, because fundamentally, that means we are asking Zelenskyy to fight with one hand [behind] the back," Pothier told VOA.