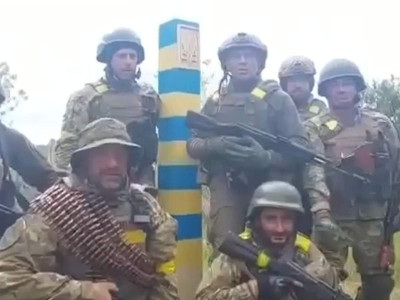 Russian troops were withdrawing from around Ukraine’s second-largest city after bombarding it for weeks, the Ukrainian military said Saturday, as Kyiv and Moscow's forces engaged in a grinding battle for the country’s eastern industrial heartland.

Ukraine’s military said the Russian forces were pulling back from the northeastern city of Kharkiv and focusing on guarding supply routes, while launching mortar, artillery and airstrikes in the eastern province of Donetsk in order to “deplete Ukrainian forces and destroy fortifications.”

In a show of support, a U.S. Senate delegation led by Minority Leader Mitch McConnell met with Ukrainian President Volodymyr Zelenskyy on Saturday in Kyiv. A video posted on Zelenskyy's Telegram account showed McConnell, who represents the state of Kentucky, and fellow Republican senators Susan Collins of Maine, John Barrasso of Wyoming and John Cornyn of Texas greeting him.