Is the Pilbara the oldest place on Earth? 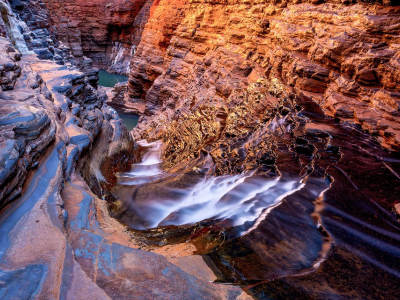 Dating to around 3.6 billion years ago, the Pilbara region of Western Australia is home to the fossilised evidence of the Earth's oldest lifeforms. In recent years, science has confirmed what Aboriginal Australians, the world's oldest continuous living culture, always knew: the Pilbara region of Western Australia is among the oldest places on Earth. The Pilbara began to form more than 3.6 billion years ago and its vast landscape of deep pindan reds and endless panoramas, which stretches from the west coast to the Northern Territory border, is an ancient, forbidding place. For those travelling to the region for the first time, the initial sense of space and solitude can be daunting: it's roughly double the size of Great Britain, but with a population of just 61,000, it is one of the most sparsely populated regions on Earth.
Read full news…
More news
More news