In Japan, they are just planning to abandon diskettes 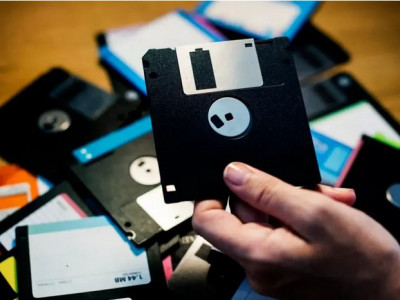 Japan has declared war on floppy disks. The head of the local Ministry of Digital Affairs, Taro Kono, wrote about this on Twitter.

According to the minister, more than 1,900 enterprises, organizations and institutions operating in the country require people to submit forms and statements using old devices such as floppy disks, CDs, etc. Now the rules have been changed. Diskettes must be canceled and documents must be transmitted over the Internet.

One of the reasons for this decision is a series of high-profile cases of diskette loss. In particular, on December 27 last year, the Tokyo police admitted to the loss of personal data of 38 citizens. These people applied for public housing in Tokyo’s Meguro district, and the government needed to check with the police whether the applicants were connected to a criminal gang. During the check, citizens’ data were transferred on diskettes.

As soon as the loss became known, society experienced a real shock. People could not believe that the state services still use such antiques. Another example of the use of diskettes was described by Nikkei journalists, according to whom more than 1,000 customers of the Yamagata bank alone used the indicated rarity to transfer data about employees’ salaries.

A few days ago, an organization in Japan conducted a small survey of 300 people between the ages of 15 and 29. It turned out that almost 20% of young people use floppy disks, in contrast to China, whose youth can hardly describe this archaic bygone era.