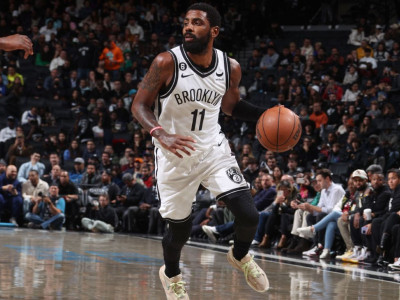 ESPN's fantasy basketball and basketball betting tips cheat sheet is your pregame destination for basketball betting predictions and our best intel and data to help you make smart fantasy and wagering decisions. NBA game odds for January 25th are provided by Caesars Sportsbook, and fantasy advice is based on ESPN 10-team leagues.

The Brow is Back: The Los Angeles Lakers got a vintage LeBron James performance on Tuesday evening, but still suffered a loss to the rival LA Clippers. The good news is that fellow superstar Anthony Davis is on track to return tonight from a foot injury against the San Antonio Spurs, per ESPN's Dave McMenamin. We wouldn't pursue Davis in DFS or overs for props just yet, as McMenamin reports he'll be on a restriction of roughly 20 to 24 minutes. Either way, it's incredibly valuable for the Lakers and fantasy managers to have this dynamic two-way force back in the rotation.

Texas Road Trip: The Washington Wizards were in Dallas last night and stay in the state tonight to face a Houston Rockets team coming off of their first win in nearly a month. Good spot? The trends certainly point to them being the play: Washington has covered six of their past seven games without rest and Houston holds an ugly 3-8 ATS record over their past 11 games.

Influential Injuries: The Washington Wizards will be without Kristaps Porzingis for yet another game as the team takes on the visiting Houston Rockets. His absence propels DFS interest in both Daniel Gafford and Deni Avdija into important frontcourt roles against Houston's porous defense. Meanwhile, Memphis Grizzlies center Steven Adams could miss roughly a month with a knee injury. It's unclear if Brandon Clarke or Xavier Tillman will separate as the better value, but both are worth watching. Expect another big line from T.J. McConnell, as the Indiana Pacers guard continues to deliver in place of Tyrese Haliburton, who recently resumed basketball activities.

You can still sign up and play!There's still time to play Fantasy Basketball this season! With leagues tipping off every Monday, it's the perfect time to get started. Create or join a league today.Play for free! | "Not Too Late" draft guide

There's still time to play Fantasy Basketball this season! With leagues tipping off every Monday, it's the perfect time to get started. Create or join a league today.

Play for free! | "Not Too Late" draft guide

King Of Spots: The Sacramento Kings have been a nice surprise this season and this looks like another great spot for them to overachieve. They've covered six of their past eight, and that's great, but the deep dive comes on their opponent: the Raptors are 4-8 ATS this season against teams that rank in the top-10 in pace. The Kings fit that bill and if you keep pulling on that thread, the play only gets strong: overs have cashed in 10 of those 12 games and the Kings happen to be 13-9 ATS this season when the over hits.

Blazing a Trail To The Bank: The Portland Trail Blazers have lost eight of their past 11 games ... but they can flat out score the basketball and that's enough to make them interesting in this spot, even as a favorite. The Blazers are 14-7 ATS this season when facing a bottom-10 defense, a box the Utah Jazz still very much check, even with some strong play over the past two weeks.

Fantasy streamer: Montrezl Harrell (available in 73.8% of leagues): Harrell is a worthy spot-starter in FBA tonight if Joel Embiid (questionable, foot) doesn't play. Embiid didnt play on Sunday and reportedly didn't practice much on Tuesday, so there's reason to think he may sit, but stay tuned for updates on Embiid's status before starting Harrell. With that said, Harrell has been solid in his starts this season with averages of 13.7 PPG on 61.1 FG% and 85.7 FT% with 7.0 RPG in 24.2 MPG. He's also seemingly getting more minutes and responsibility in starts as the season progresses and he gets fully acclimated with his new team, and in his last two starts has upped his scoring to 18.5 PPG in 28.5 MPG. -- Andre Snellings

Best bet: Nic Claxton over 24.5 combined points and rebounds. Not only does it appear that Joel Embiid might sit out again tonight, Claxton has combined for at least 25 points and boards in five straight games. If Embiid is out to rest his sore foot again, Claxton should go off. -- Steve Alexander

Best bet: Kyrie Irving over 41.5 combined points, rebounds and assists. It took a minute, but Irving seems to have realized that he needs to dominate with Kevin Durant out for another two weeks. Over his last three games, Irving has scored between 30 and 48 points and has racked up PAR (points, assists, rebounds) totals of 54, 65 and 44. The Sixers may be without Joel Embiid tonight and Irving should be licking his chops. Yes, De'Anthony Melton is a point guard stopper and the Sixers defend them well, but Irving has no choice but to put up big numbers again tonight. And Sacramento's De'Aaron Fox torched Melton for 31 points and nine dimes on Saturday. -- Alexander

Fantasy streamer: Brandon Clarke (rostered in 46.6% of ESPN leagues) may not be available in your league but he's still out there in over half of ESPN leagues and Steven Adams is out for the next month or so with a knee injury. Clarke, Santi Aldama and Xavier Tillman are all going to be called into action over that time and while Tillman got the start against the Kings on Monday, Memphis lost by 33 and have dropped three straight games. Clarke can also run with the Warriors more effectively than Tillman and I think he's a decent streamer in fantasy and DFS tonight. The last time these two teams met, Tillman didn't even play while Clarke got 27 minutes, nine points and seven rebounds off the bench. -- Alexander

Best bet: Ja Morant over 43.5 points, rebounds and assists. The Grizzlies have lost three straight games and need to get a road win tonight to avoid a four-game losing streak. Morant has scored 29 or fewer points in five straight games but should be about ready to go on another 30-point tear. And the last time these two met in (Christmas Day) he torched the Dubs for 36 points, seven rebounds and eight assists (51 PAR) and he'll have no fear trying to do it again tonight. -- Alexander

Fantasy streamer: T.J. McConnell (rostered in 23.1% of ESPN leagues) had another nice game on Monday with 20 points, three rebounds, 10 assists, three steals and a 3-pointer on 9-of-14 shooting. He appeared to start to run out of steam toward the end of that game and the Pacers are on a back-to-back tonight, but I'm all in on McConnell until Tyrese Haliburton returns. While he's having a great month, TJM is averaging 19 points, 6.5 rebounds, 11.0 assists and 2.5 steals over his last two. I'm also not opposed to betting on his combos if he shows up in books later.

Fantasy streamer: Deni Avdija (rostered in 4.3% of ESPN leagues) came through on Tuesday with 15 points, 10 rebounds, three assists and three steals in 32 minutes off the bench for his sixth double-double of the season. Rui Hachimura is a Laker and Kristaps Porzingis is out with an ankle injury. Corey Kispert (14 points, seven rebounds, two triples) is starting and the two are splitting minutes, but Avdija seems to have the better fantasy skill set. I'm running him out there again in fantasy and if he has another big game, it might officially be time to pick him up.

Best bet: Alperen Sengun over 19.5 points. Sengun has stepped up as a primary scorer for the Rockets of late, particularly with Kevin Porter Jr. sidelined. He has