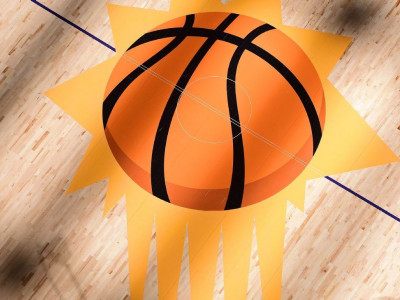 Billionaire mortgage lender Mat Ishbia's purchase of a majority stake in the Phoenix Suns and Phoenix Mercury at a $4 billion valuation is expected to become official in the next two weeks, with Ishbia assuming control prior to the Feb. 9 NBA trade deadline, team and league sources told ESPN.

The NBA's board of governors is expected to ratify Ishbia's purchase with a vote in early February, sources said.

Although the league suspended former Suns majority owner Robert Sarver in September after a 10-month NBA investigation into his conduct as owner, he retained authority over the signing, acquisition or trade of any player with a salary in excess of the leaguewide average player salary, sources said.

The current average player salary is $10.8 million, and the salary of disgruntled forward Jae Crowder, whom the team hasn't found a deal for, is $10.2 million.

Ishbia becoming the team's official owner by the Feb. 9 trade deadline will clear the way for Ishbia to oversee the team's deals with the front office. Ishbia is eager to start his involvement with basketball operations, and expected to be a hands-on owner in matters of team building, sources said.

Ishbia agreed to purchase controlling stakes in both teams on Dec. 20, ending Sarver's nearly two-decade tenure as owner, a position that Sarver held after leading a group to buy the Suns in 2004 for a then-record $401 million. Ishbia's group includes his brother Justin, a founding partner of Shore Capital private equity.

The deal will give Ishbia more than 50 percent ownership of the teams, which includes Sarver's stake, plus a portion of that of minority partners. During a sale process, the NBA performs criminal, financial and background checks on proposed owners. Prospective buyers also must meet with the league's advisory and finance committee -- a group of nearly 10 owners -- and also be approved by a three-fourths vote of the 29 other NBA owners.

Ishbia, president and CEO of United Wholesale Mortgage, a Michigan-based company, has been pursuing NBA and NFL teams in recent years and finally landed on a deal to own the Suns. Ishbia was a walk-on for Michigan State and part of the Spartans' 2000 national championship team. He has remained close with Hall of Fame coach Tom Izzo, and he previously made a $32 million donation to the basketball program.

Ishbia recently attended his first Suns' home game since agreeing to purchase a controlling stake in the team, sitting courtside for the team's Jan. 19 win over the Brooklyn Nets at Footprint Center in downtown Phoenix.

"I think it's great for the team, the organization and the community to have someone like Mat in place," Suns coach Monty Williams told reporters. "To have him courtside probably allows for everybody to finally put a face to everything that's been talked about and what hasn't happened officially, but it kind of lets everybody know this is our guy."

Williams told reporters that he met with Ishbia.

"It was short, but everything that I've heard about Mat and his family and the way he runs his business has been pretty cool to hear all that," Williams said. "Getting a chance to talk to him (Friday) was something that I had been looking forward to, but I'm sure our fans can finally say, hey, that's our guy and move forward."

The NBA commissioned its investigation, led by the New York-based law firm Wachtell Lipton, in the wake of an ESPN story in November 2021 detailing allegations of racism and misogyny during Sarver's 17 years as owner.

As part of the league's punishment, announced on Sept. 13, Sarver was fined $10 million and suspended for a year, though growing outrage led to him announcing that he was selling the Suns and the Mercury soon after.