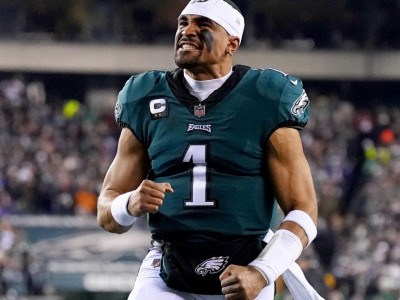 This late in the season, fans hoping to get into NFL stadiums for games already expect to pay a small fortune. But while Sunday's game at Lincoln Financial Field won't be the cost of the Super Bowl, it's starting to get close.

Per TicketIQ data, tickets to get into the game are costing an average of $2,468, which is 60 percent more than last year's NFC championship matchup between the Rams and 49ers in Los Angeles at $1,542.

There is a reason these tickets have skyrocketed in cost: all the tickets from Ticketmaster are gone. ABC6 Philadelphia reported NFC championship tickets sold out in minutes on Tuesday, which has sent fans to secondary markets to get their way into the stadium.

Expensive tickets to get into the game shouldn't be surprising. According to TicketIQ, the third-most expensive conference championship game tickets on record came in the 2018 NFC championship game, when the average secondary market cost came in at $1,280.

49ers-Eagles picks: Straight up | Against the spread

Bengals and Chiefs fans are getting off a bit easier, but still are looking at an expensive ticket to get in the door of Arrowhead Stadium. TicketIQ reported the average cost on the secondary market is $1,218, the fourth-most expensive conference championship tickets and most expensive on the AFC side. Last year's Bengals-Chiefs game rounds out the top five at $1,034.

With tickets for the two NFL conference championship games already setting records, fans hoping to attend the Super Bowl better be prepared to take out a sizable loan to get to Glendale, Ariz.