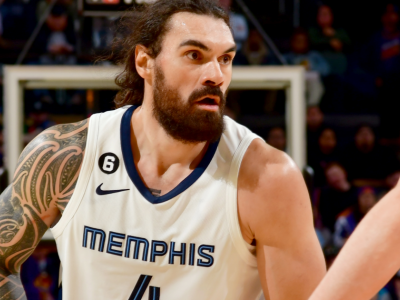 The Memphis Grizzlies are set to be without starting center Steven Adams after he was diagnosed with a sprained PCL in his right knee.

His injury comes at a tough time for the Grizzlies, who are riding a three-game losing streak on their road trip. They currently sit second in the Western Conference standings, 2.5 games back of the Denver Nuggets for the top spot.

What's next for Adams and the Grizzlies? Here is what we know about his injury and what it means moving forward.

Adams sustained the injury late in Sunday's game against the Phoenix Suns and sat out Monday's 33-point loss to the Sacramento Kings with what was described as knee soreness.

He was seen limping as he left the locker room following the loss to the Suns and after further evaluation, he was officially diagnosed with a PCL strain.

Adams has officially been ruled out for three to five weeks, the Grizzlies announced today.

Adams' presence in the paint has been a huge factor in the Grizzlies' success this season, with the Kiwi leading the NBA in offensive rebounds (6.5) and second in total rebounds (11.5).

They will look to the likes of Brandon Clarke, Xavier Tillman, and Sanit Aldama to replace his production, with Jaren Jackson Jr. likely to spend more time at the five in small-ball lineups.

Here are the upcoming games on the Grizzlies' schedule through to the All-Star break.