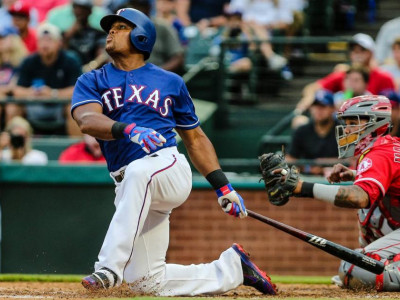 Scott Rolen can now call himself a Hall of Famer.

The defensively elite third baseman was elected to the Hall on the BBWAA ballot; results were announced on Tuesday evening. Players needed at least 75 percent of the vote, and Rolen finished with 76.3. No other players were elected.

He will join Fred McGriff on the Cooperstown stage this summer; McGriff was a victim of the 10-player maximum vote and was not elected by the BBWAA, but was the unanimous vote for McGriff by members of the Contemporary Baseball Era Committee this past December.

So what about the next round of voting? Let’s take a look at the BBWAA ballot for the class of 2024, the newcomers and the holdovers. Votes, as always, will have to be postmarked by the last day of 2023.

Adrián Beltré: Yes. He’s absolutely a Hall of Famer. That elite defense, that elite offense and a 93.5 bWAR? Yeah, he will be elected next year.

Joe Mauer: An elite hitting catcher, Mauer’s time behind the plate took its toll on his body and he was forced to move to a first base/DH role on a full-time basis after his Age 30 season. But until then, he posted numbers we’ve rarely seen from the position, especially that career .328 average and .409 on-base percentage as a catcher. He wasn’t the same type of power hitter other Hall of Fame catchers were, but you don’t have to be Johnny Bench’s equal to get into Cooperstown. Mauer has remote first-ballot potential, but seems like an eventual Hall of Famer.

Chase Utley: Utley was an unquestioned leader during Philly’s run of NL East dominance from 2007-11 — five division titles in five years, plus the 2008 World Series title — and his prime was elite, with an average 7.6 bWAR from 2005-10 and a career 64.5 bWAR. His case isn’t the slam dunk some seem to think it is — for example, he didn’t even come close to 2,000 career hits (1,885) — but he will almost certainly eventually have a plaque in Cooperstown.

David Wright: Wright absolutely was on a Cooperstown track until his back betrayed him. Even though he was done as an elite player after his Age 30 season, Wright still finished with a 49.2 bWAR, 133 OPS+, 242 homers, 196 stolen bases, seven All-Star nods and a pair of Gold Gloves.

Bartolo Colon: His resume is rather fascinating, in large part because he pitched in 21 MLB seasons, throwing his final pitch in the bigs at 45 years old. Let’s compare him to another starter with a long career, Jamie Moyer. They have similar bWARs (50.0 for Moyer, 48.1 for Colon), with Colon holding an edge in ERA and FIP (4.12 and 4.15 to 4.25 and 4.47). Moyer threw roughly 600 more innings, but Colon has a Cy Young and more career strikeouts. Moyer only received 2.4 percent of the vote in his lone year on the BBWAA ballot, and Colon will probably be in that same area.

Matt Holliday: Holliday was an outstanding middle-of-the-order hitter for a long time, but the Cooperstown numbers just aren’t there. He’ll likely get a few votes, but won’t make the 5 percent cutoff necessary to make it to his second ballot.

Adrian Gonzalez: The No. 1 overall pick in the 2000 MLB Draft, Gonzalez had an outstanding career. He had 11 seasons with at least 18 homers, 10 seasons with at least 90 RBIs, five All-Star nods, four Gold Gloves and received MVP votes in eight different seasons. An outstanding career, no doubt, but his numbers don’t quite reach Cooperstown standards for a first baseman. For example, he’s behind Will Clark, Mark Teixeira and Carlos Delgado in career bWAR, and those three haven’t gotten much Hall support.

Jose Bautista: It took a long time for Bautista to find his footing in the bigs. He was on his fifth team, in his Age 29 season, when he finally established himself. That 2010 season kicked off a six-year stretch with Bautista as one of the most feared sluggers in baseball; he made the AlL-Star team every year from 2010 to 2015 and finished top-eight in the AL MVP voting four times, with an average bWAR of 5.9.

Jose Reyes: In his first four full seasons (Ages 22-25), Reyes sure looked like a potential future Hall of Famer. Playing with the Mets, he averaged 16 triples, 14 homers, 32 doubles, 64 stolen bases and 113 runs per season. But injuries took a toll, and his overall numbers fall far short of what it would take for an eventual spot in Cooperstown.

Turns out, the fifth time wasn’t the charm. Helton certainly seems destined to get in before his time on the BBWAA ballot is up, though. Likely next year.

The resumes and situations for Jones and Helton are a lot alike, folks.

His march toward induction continued with the class of 2023 ballot. He finished at 16.7 percent of the vote for the class of 2019, but you see his total this year. Time is short for Wagner, though, with only two years left on the BBWAA ballot.

What percentage of the vote would Beltran have gotten if he wasn’t a ringleader in the Astros’ sign-stealing scandal? We’ll never know, but we will find out how many voters used their ballots as a “first-year punishment” next time around. His numbers are better than a XX-percent showing.

Sheffield’s numbers have gotten a big boost the past five years, and getting over 50 percent gives his fans as least some hope of a miracle final-year bump for the slugger.

There was no second-year bounce for A-Rod. He seems destined for a full 10-year run on the BBWAA ballot without much hope of actually being elected. Reap, sow, etc.

At this point, he’s not getting in. His numbers have stayed pretty consistent, even as the ballot has become less crowded.