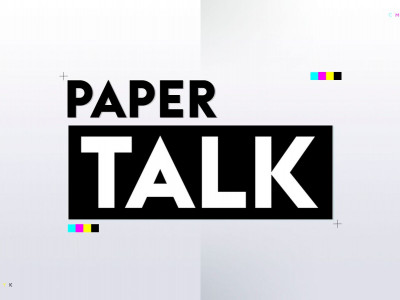 All the top stories and transfer rumours from Friday's newspapers...

Clothing magnate Amancio Ortega, owner of Zara among other brands, has emerged as another potential suitor for Manchester United - the 86-year-old is among the 20 richest people on the planet.

Chelsea have reportedly made contact over a deal for Porto goalkeeper Diogo Costa, who is also being tracked closely by Manchester United.

The sale price for Manchester United could be lower than some analysts have predicted because of the costs likely to be incurred by any purchaser on updating a crumbling Old Trafford.

Find out more about Sky Sports

Tech giants Apple are weighing up an offer to buy Manchester United and could emerge as one of the more surprising suitors for the Premier League club.

Iran's players at the World Cup are being closely watched by "secret agents" according to a prominent human rights activist.

QPR are not expecting to be able to keep hold of manager Mick Beale, who has already turned down Wolves but appears unlikely to be able to resist the temptation of joining Rangers.

RB Leipzig midfielder Konrad Laimer is set to deal Chelsea and Liverpool a significant transfer blow by agreeing to stay in the Bundesliga with Bayern Munich.

Gareth Bale appears to have banned himself from the golf simulator at Wales' hotel in Qatar in a bid to avoid any further problems with his back.

Hakim Ziyech says it is "difficult to say" whether he will still be a Chelsea player at the end of January amid significant interest from a number of Serie A clubs.

Tyson Fury had to take a break from his training camp ahead of the clash with Derek Chisora after his mother Amber was hospitalised with illness.

Football fans at the Qatar World Cup are being told to take off Arabic robes and headdress when they enter bars selling alcohol after complaints from locals that it is an insult to Islam.

Morocco face an injury nightmare ahead of their second World Cup group date with Belgium on Sunday as star Achraf Hakimi is struggling with a thigh injury.

Frederic Vasseur refused to rule out taking over from Mattia Binotto at Ferrari, although the team has already dismissed speculation that they are ready to move on from him.

UEFA has still to be notified when the independent review into the chaotic scenes at May's Champions League final will be published - it had been due by the end of November.

Glenn McGrath fears for the future of one-day international cricket after being dismayed at the amount of empty seats at the MCG when Australia faced England.

England back-row Jack Willis, left without a club when Wasps went into administration, will play for French club Toulouse for the remainder of the season.

CF Montreal president Gabriel Gervais insists he is not in Qatar to conduct any transfer negotiations amid Celtic links with defender Alistair Johnston.

Dundee United owner Mark Ogren is looking for the club to climb off the foot of the Scottish Premiership and is committed to investing in the team after posting improved financial figures.