Thanksgiving inactives: Who's in and who's out? 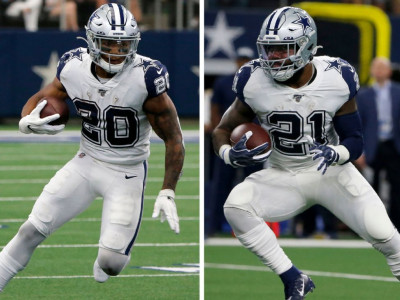 Whom should you start? Whom should you sit? To help you set your fantasy football lineups and avoid starting a player who won't be in the lineup, we'll post fantasy-relevant updates and analysis here as NFL teams release their official inactives lists. Any rankings cited in this column come from our ESPN Fantasy staff ranks.

Official inactives should begin coming in approximately 90 minutes prior to the scheduled kickoff time.

Refresh often for the latest information.

Josh Allen, QB, BUF: Elbow -- QuestionableImpact: He was limited in practice leading up to this game, but is currently expected to play.

Josh Reynolds, WR, DET: Back -- QuestionableImpact: With the return of DJ Chark, Reynolds will have to share a few more targets.

FREE TO PLAY. $10,000 in prizes available! Who will you pick to win? Make Your Picks

Richie James, WR, NYG: Knee -- QuestionableImpact: With Wan'Dale Robinson done for the season, James and several other Giants WR options will all compete for looks.

Daniel Bellinger, TE, NYG: Eye -- OUTImpact: Tanner Hudson and Lawrence Cager may both get a catch or two this week as New York spreads out the targets.

DeVante Parker, WR, NE: Knee -- QuestionableImpact: Limited practice all week puts his ability to play in question. It might be best to avoid this receiving corps entirely.