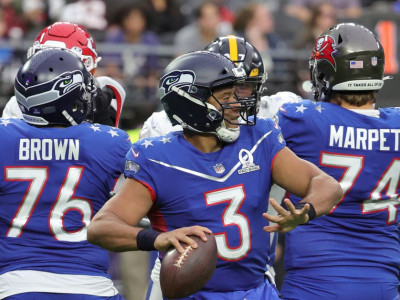 Football fans may soon receive a most-welcome gift from the NFL. A new format for the Pro Bowl. On Monday, the league announced changes to the Pro Bowl, shifting to a week-long event featuring a skills competition along with a flag football game: Introducing the 2023 Pro Bowl Games presented by Verizon. Coming to @Vegas this February. pic.twitter.com/RdJRsMBK5U— NFL (@NFL) The new event will be named “The Pro Bowl Games” and feature players competing in both football and non-football challenges over several days, culminating in a flag football game on Sunday to close out the week. Further, Peyton Manning and his production company Omaha Productions will be involved with the event, shaping programming, providing content and promoting “The Pro Bowl Games.” Peter O’Reilly, an executive with the NFL, shared with the Associated Press the league’s changing view on the Pro Bowl: Coming out of last year’s game, we really made the decision based on a lot of internal conversations, getting feedback from GMs and coaches, getting a lot of feedback from players. We think there’s a real opportunity to do something wholly different here and move away from the traditional tackle football game. We decided the goal is to celebrate 88 of the biggest stars in the NFL in a really positive, fun, yet competitive way. Over the past few years, fans of the game have grown frustrated with the on-field product during each Pro Bowl. Between selected players opting-out of the game, to players avoiding contact during the game in an effort to avoid injuries at the end of the season, the game has largely turned into a glorified flag football contest. Now, actual flag football will be part of the week. Manning himself shared his view of the Pro Bowl with the Associated Press: I’m thankful I can continue to be part of the week as all of us at Omaha Productions work with the NFL to reimagine The Pro Bowl Games. Making Sunday’s game a flag football game is great to see. Youth football has been extremely important to me, and knowing NFL FLAG will help grow this sport, I hope boys and girls can see themselves playing the same game as the best players in the world. According to the report, Manning will be part of the coaching staff for the flag football game. The 2023 Pro Bowl is currently scheduled for February 5, 2023, at Allegiant Stadium in Las Vegas.
Read full news…
More news