Bills down multiple starters on defense vs. Fins 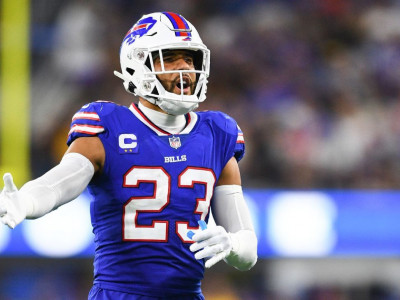 The Bills are dealing with a variety of injuries to starters this week, as safety Jordan Poyer (foot) also missed practice time and defensive tackles Ed Oliver (ankle) and Tim Settle (calf) are working their way back after missing the Bills' win over the Tennessee Titans on Monday. The rest of the team's status for the game has not yet been shared.

"We're just going to take [Poyer's status] one day at a time," McDermott said in a news conference Friday. "He's one of those that are in that group in there, we've got a couple of those guys, maybe three or four, that remains to be seen what they'll be able to get done on Sunday. I'll know a little bit more today. It may not still be definitive after today, but we'll take it one day at a time."

Jackson, the team's No. 1 cornerback with Tre'Davious White still rehabbing from a torn ACL, was taken off the field in an ambulance after being inadvertently hit by teammate Tremaine Edmunds on Monday while making a tackle, but he avoided a major head or neck injury.

Rookie cornerbacks Kaiir Elam and Christian Benford are set to start after rotating opposite Jackson in the first two games. Elam, the Bills' 2022 first-round pick, will be in line to make his first career start.

Safety Jaquan Johnson will start in place of Hyde, who was also injured against the Titans and taken to the hospital for evaluation.