Laver Cup 2022 prize money: How much do winning teams earn? 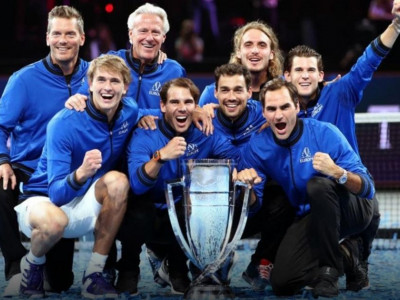 With famous star Roger Federer making his final appearance in the sport this time around, the 2022 Laver Cup will be one of the most watched events on the tennis calendar this year.

The 20-time Grand Slam winner - the third most decorated of all time behind Novak Djokovic and Rafael Nadal - announced his retirement earlier this month and what better way for the Swiss great to go out on than at the Laver Cup, a competition he played a vital part in establishing back in 2017.

Since then, Team Europe have won all four editions of the competition though many are expecting their opponents - the Rest of the World - to prove a much tougher test this time around.

Below we explore how much prize money the competition purse is set at and how much each winning individual will earn in 2022.

When announcing his plan to retire, Federer went on to confirm that his final ATP event would be the Laver Cup in 2022.

Federer played a large role in the creation of the tournament which began in 2017 which sees six of the best players from Europe and the rest of the world face off across three days.

After missing the event for the first time in 2021, Federer will return for 2022 as he farewells competitive tennis.

The Swiss maestro will be playing alongside a European team that consists of Rafael Nadal, Novak Djokovic, Andy Murray, Casper Ruud and Stefanos Tsitsipas.

London calling ☎️The stars of #LaverCup are touching down in the British capital - including the legend himself @rodlaver pic.twitter.com/DK3BAYYC1Y— Laver Cup (@LaverCup)

Despite becoming world number one for the first time last week following his maiden major victory at the 2022 US Open, Spain's Carlos Alcaraz will not feature.

The Rest of the World team is made up of stars Taylor Fritz, Félix Auger-Aliassime, Diego Schwartzman, Frances Tiafoe, Alex de Minaur and Jack Sock.

MORE: Roger Federer's final match: Is he playing at the Laver Cup?

Unlike other major tennis tournaments, the prize money system for the Laver Cup is about as simple as it gets in sport.

All players at the event will also be given an appearance fee based on their current world ranking though those figures are kept secret.

Despite acting as an ATP-sanctioned event since 2019, players who take part in the event won't receive any world ranking points.