Mahmoud Charr: Tyson Fury has 'promised' a fight | 'Call me and sign contract' 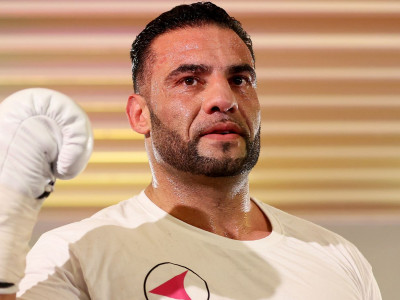 Mahmoud Charr has called on Tyson Fury to forget about fighting Anthony Joshua in December, and to fight him instead.

A super fight between the two British heavyweights is currently being negotiated.

"We have to move quickly because it worries me that Mahmoud Charr is coming out, saying he is fighting Tyson Fury on December 3, but again, all I'm being told at the moment is they want to make the fight. If they do, we're ready to try and make it happen," said Joshua's promoter Eddie Hearn on Thursday.

On Friday morning, Fury took to social media, accusing Joshua's camp of taking too long to sign on the dotted line.

"He's had the contract for I don't know how long and ain't signing it," declared the 'Gypsy King'. "You do not want a fight.

"However, I will be fighting on December 3, if this sausage does not sign this contract which I don't think he [is going to]!"

Fury vs Joshua contract 'nearly there' but time is running out

Fury vs AJ talks at a critical stage? | 'We have to move quickly!'

"First of all, if Fury fights AJ next, it's not good for boxing. AJ is mentally broken and he needs recovery from his two losses," Charr told Sky Sports.

"If Eddie Hearn accepts this fight vs Fury, Eddie [will] have to change his business. I think Fury will give AJ a bad knockout, [given] his mental position now.

"Everyone knows Fury promised more than one time to fight me. If he is the real Spartan, he must fight the real Superman. It's me.

"I'm coming from a five win [streak] and God gave me another chance to live. Everyone knows I come from getting shot in my stomach and two hip operations. Never forget, seven months later I became the first Arabic heavyweight champion of the world.

"This story is the same like Fury, to not give up and fight for legacy. I want Fury next. Don't be scared, Spartan, take my challenge!"

Although Fury's team have not yet reached out to Beirut-born German Charr, 'Diamond Boy' has called on the undefeated British fighter to reach out to him personally.

"They don't need to contact me. I am ready today, tomorrow, whenever they want me," he said.

"But this business is between me and Fury, not our teams. Fury you have my number. Call me and sign the paper!"