When do the 2022 MLB playoffs start? Dates, TV schedule and bracket 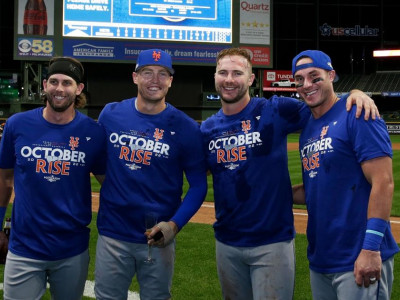 The MLB regular season is winding down, which means it's time to start looking ahead to the playoffs. While several teams have clinched berths, a lot of races remain wide open.

The Central divisions have teams in the wild-card hunt, although the White Sox are fading fast in the American League. The Brewers are two games behind the Phillies for the final NL spot as they look to make the playoffs for the fifth year in a row.

The sixth seed in the American League is the Mariners, who are looking to break a 20-year playoff drought, the longest in North American professional sports.

Playoff expansion has added a layer to the races: six teams in each league now make the playoffs, up from five.

Here's everything to know about the MLB playoffs with the regular season in the home stretch:

The MLB playoffs will begin Oct. 7 with the Wild Card Series. They could end as late as Nov. 5 if the World Series goes seven games.

The seedings and potential matchups in each league through games of Sept. 21. The division winners/leaders receive the top three seeds, followed by the three wild-card teams.

This section will be updated when matchups and schedules are set.

The new playoff structure in each league breaks down as follows:

The Nos. 1 and 2 seeds in each league receive a bye in the Wild Card Series. The No. 3 seed will play the No. 6 seed in a best-of-three series, with all games at the higher seed. The setup is the same between the Nos. 4 and 5 seeds; the No. 4 seed will host all games in the series.

The No. 1 seed in each league will play the winner of the 4-5 series and the No. 2 seed will play the 3-6 winner in a best-of-five Division Series. Teams are not reseeded after the Wild Card Series.

There are no more Game 163s under the new playoff format. Regular-season ties will be broken in this order:

The playoff field through games of Sept. 21. The division winners/leaders receive the top three seeds, followed by the three wild-card teams.