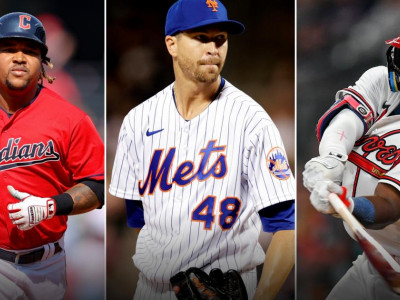 As the 2022 MLB season is coming to a close, the postseason picture is beginning to take focus.

The Dodgers have run away with the NL West and are just a few games away from clinching the No. 1 seed in the National League. The Astros have already wrapped up the AL West and are looking to stay the top seed in the American League.

But several postseason spots remain open. Front and center is the race for the NL East, with the Mets and Braves seemingly trading positions in the standings each day as they look to solidify their place as one of the division winners.

The final NL wild card spot could also be up for grabs as the Brewers try to catch the Phillies. And there's still plenty of shuffling that could happen in the AL wild card race between the order of the Blue Jays, Rays and Mariners.

The Sporting News is tracking the MLB standings as the season wraps up. Here's all you need to know heading into the final stretch of the campaign.

As the season starts to wind down, these are always the numbers everyone wants to know. How many more games will it take for teams to clinch postseason positions?

The math behind magic numbers isn't complicated. It's subtracting one team's wins and the losses of a trailing team from 163. So, for example, if a team leading the division has 90 wins and a team trailing them in the standings has 63 losses, the magic number would be 10.

Keep those calculators away. The Sporting News has the latest magic numbers for teams trailing in the division race and the wild card rounds. Info comes from MLB.com.

Updated after end of games on Sept. 22.