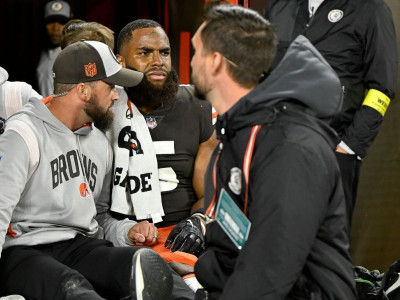 Walker suffered the injury during the third quarter. He was lying facedown for several minutes before trainers put an air cast around his knee and helped him onto the cart.

The Browns also lost their other starting linebacker, Jeremiah Owusu-Koramoah, with a quad injury. Owusu-Koramoah spent several minutes in the medical tent before heading into the locker room.

Walker, 27, had six tackles against Pittsburgh before his injury. He had a team-leading 113 tackles and one sack in 13 games last season, his first with Cleveland.