The wild story of a Utah student, a football game, and threat of a nuclear explosion 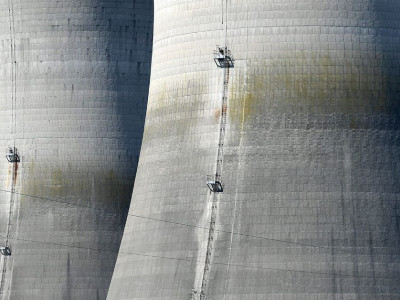 A student at the University of Utah threatened to set off the nuclear reactor that was on campus if the Utes lost to San Diego State in football last week, according to a report by KSL News.

A University of Utah student who police say threatened to detonate a nuclear reactor if the Utes' football team didn't win on Saturday has been arrested.https://t.co/vdIhtZKljP— KSL (@KSLcom)

This absolutely floored me at 11 p.m. ET, but not because this student threatened to set off a nuclear reactor. People have been shot and killed over football games, and Harvey Updyke poisoned an iconic campus tree because his team lost. The thought that a student would threaten to set off a nuclear reactor if the Utes lost is merely wild, but not out of the realm of possibility.

I’m stunned that there are NUCLEAR REACTORS on a college campus, let alone Utah! This could’ve been a massive catastrophic event for the United States, but thankfully the fightin’ Utes pulled off the 35-7 victory.

The plot thickens, however! It turns out that there are MORE universities with nuclear reactors on campus!

here's the list and I'm not sure which school I trust lest with a nuclear reactor on-site Texas A&M having TWO nuclear reactors on site might explain Jimbo's contracthttps://t.co/4pBzTkH5Uf pic.twitter.com/yJ7IsHr9lV— Douglas Reyes-Ceroñ (@dreyesceron)

The reason these nuclear reactors are on campus is actually because of the Cold War. Due to the threat of nuclear weaponry and military usage, colleges were commissioned to build nuclear reactors in order to study nuclear power. The University of Washington had a nuclear reactor built in 1961 that graduate students used to train.

This comes from the Atoms for Peace program, which was started by former US President Dwight Eisenhower in the ‘50s. That was proposed to share non-military nuclear training and power to other countries in order to both educate and dominate the nuclear power market.

However, some schools like Penn State still have active nuclear reactors, just with fuel converted from MTR (which uses isotope U235, the only one directly fissionable by neutron irritation), to a Training Research Isotopes General Atomics (TRIGA) design, which required low enriched uranium and made the reactor steadier.

The scariest part of this is that these schools have nuclear reactors:

Yes, Texas has one. The Aggies saw Texas get one and poured every dollar that wasn’t going into the oil rigs to build another just to one up the Longhorns. When Texas gets to the SEC they’re going to need the entire US military force at DKR because those teams might legitimately end the world.

Imagine the amount of creatine put in that nuclear reactor. Imagine the violent amounts of preworkout and Red Bull tossed in that thing. This is a threat to national security we need to get this thing shut down.

How do you think they were made?

Purdue Pete holds the keys to a nuclear explosion and I don’t feel comfortable with that.

Listen-I’m from Gainesville. I’ve seen alligators walking down the street to Winn-Dixie. I’ve never seen this nuclear reactor in my life and I’m sure that’s for a reason. We cannot allow the Florida Man to have access to nuclear power, that’s just a misuse of military and school funding.

The Cold War brought about nuclear reactors to college campuses, and this student almost set off a nuclear reactor because of a potential loss. If Utah fans will do that, what other schools would terrify the United States in that same way?

Thank goodness for Kyle Whittingham and the Utes, because they potentially stopped a nuclear meltdown.