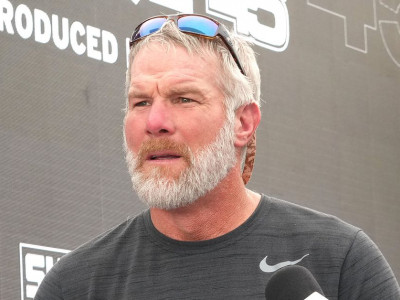 Brett Favre has been able to manage to avoid legal pressure so far, but the walls are closing in on his role in the largest welfare fraud scheme in Mississippi state history. Favre, who has lied from day one about knowing anything about the scheme, has repeatedly been caught in revealed text messages communicating with former Republican governor Phil Bryant, and Nancy New, who ran a non-profit at the center of the scheme. In each instance Favre was either asking about the money changing hands, or working as a fixer to put the two sides together.

It’s abundantly clear that Favre’s role extended much deeper than simply accepting money for speeches he never gave. The former NFL quarterback was integral in arranging investment meetings, funneling money to the University of Southern Mississippi for a volleyball court, and even hosting key players in the welfare scheme at his home.

New and her son have previously pled guilty and are working with prosecutors, but on Wednesday another major shoe dropped. John Davis, former director of health and human services, is also now pleading guilty to federal and state charges — in exchange for cooperating with investigators. This now gives prosecutors both ends of the pipeline, from the funds coming from the state, and New who helped dispense them through her non-profit. It also firmly places Favre in the middle, as he is a known accomplice.

No charges have been rendered against Favre, but companies affiliated with the quarterback are already distancing themselves. Copper Fit, a pain relief brand selling sleeves and compression garments has removed Favre from the front page of their website, though he still appears in their “Brand Champions” section.

More notably, Odyssey Health has scrubbed mention of Favre from their social media channels and website — removing him from their sports advisory group. This is significant, because Odyssey Health plays a huge role in this scandal too. The company purchased “Prevacus,” a concussion drug that received money from the state of Mississippi, funneled through Favre, to Jake VanLandingham — former CEO of Prevacus, and now a director of Odyssey Health, a role he obtained in the drug sale.

Favre had previously been questioned by the FBI, but no charges were brought at the time. However, with Davis now cooperating with investigators the state has two of the four key players present during a meeting that allegedly occurred at Favre’s home. In that meeting Favre hosted Davis, New, and VanLandingham in an effort to aide the state of Mississippi investing in Prevacus, using welfare funds furnished by Davis, and passed through New’s nonprofit, to ensure the paper trail didn’t appear like the state was directly investing in the drug company.

This is a huge twist, and while Favre has not been charged at this time — it’s feeling like the walls are closing in.