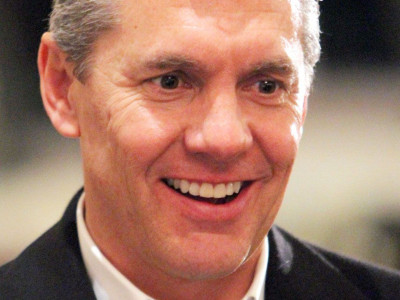 Agent Casey Close accused the Atlanta Braves of perpetuating a "false narrative" regarding the departure of first baseman Freddie Freeman from the organization, saying in a statement to ESPN that he "will not stand by" as allegations about his role in Freeman joining the Los Angeles Dodgers continue in the wake of the months-long fallout from the move.

Questions surrounding Close's part in Freeman leaving Atlanta for the Los Angeles Dodgers came to a head Wednesday, when radio host Doug Gottlieb accused Close in a tweet of withholding the Braves' final offer from Freeman. In a previous statement, Close called that "a wholly inaccurate characterization" and said Excel is "evaluating all legal options to address the reckless publication of inaccurate information."

In a follow-up statement Thursday, Close said: "I will not stand by as the circumstances surrounding Freddie Freeman's departure from Atlanta are mischaracterized. Since March, the Braves have fostered a narrative about the negotiations which, stated plainly, is false. Part of that false narrative is the suggestion that I did not communicate a contract offer to the Freemans. To be clear, we communicated every offer that was made, as well as every communication Excel had with the Braves organization throughout the entire process. I have a 30-year reputation in this business for integrity and honesty, and I have always operated with the utmost character. At Excel, we are privileged to represent many exemplary athletes, some of whom have chosen to spend their entire careers with one franchise. We always put the player's goals and best interests first and will always continue to do so."

Negotiations on a contract extension between the Braves and Freeman, who was with the organization from the 2007 draft to their World Series win in 2021, started in earnest last season. After the parties couldn't come to an agreement after the trade deadline, Freeman filed for free agency but did not sign before the Dec. 1 lockout. The disconnect Close describes regards what occurred following the re-opening of free agency.

In a phone conversation, Close told ESPN three previous offers -- one toward the beginning of the 2021 season and two in August, the final one for five years and $135 million -- were communicated formally via email. Close said the Braves never made a formal offer for Freeman, 32, during free agency and that the purported final offer -- for five years and $140 million -- was floated March 12 by Braves general manager Alex Anthopoulos as a possibility. Close said he relayed the discussions about the potential offer to Freeman but insisted it was not firm.

While the Dodgers and Tampa Bay Rays had expressed interest in Freeman, discussions had centered on parameters of a potential deal, not offers. Multiple media reports said Close issued an ultimatum to the Braves: They had one hour to accept either a five-year, $165 million deal or six-year, $175 million contract. Close told ESPN: "I never issued an ultimatum to the Braves or put a deadline on the negotiations."

On March 14, two days after the discussions ended, the Braves traded a prospect-laden package to Oakland for All-Star first baseman Matt Olson, who they soon signed to an eight-year, $168 million contract. On March 17, Freeman agreed to a six-year, $162 million deal with the Los Angeles Dodgers.

The Braves have not publicly addressed in detail the Freeman discussions and declined comment when reached by ESPN.

The rousing ovation Freeman received in his return to Atlanta over the weekend highlighted the complicated consequences of his free agency. While Freeman said before the series "I have no regrets" over signing with the Dodgers, the lingering effect is palpable. Dodgers star Clayton Kershaw told the Atlanta Journal-Constitution "I hope we're not second fiddle" in Freeman's mind.

Freeman's return to Atlanta over the weekend coincided with his firing of Excel Sports Management, whose baseball division is run by Close and employs Freeman's longtime day-to-day agent, Victor Menocal, according to ESPN's Buster Olney. Freeman, when asked whether he had fired Excel, called his relationship with the agency "fluid." Freeman would be the second prominent client to depart from Excel this winter. Trevor Story, who signed a six-year, $140 million free agent deal with the Boston Red Sox, then left Excel for Wasserman.