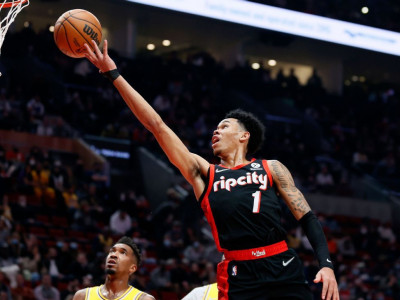 Simons, who turned 23 on June 8, averaged career-highs of 17.3 points and 29.5 minutes per game in 57 games -- including 30 starts -- for Portland this past season. He took over as the team's primary ballhandler down the stretch after franchise mainstay CJ McCollum was traded to the New Orleans Pelicans and superstar guard Damian Lillard was shut down for the season following abdominal surgery.

Stay up to date on the latest NBA free agency and trade news all summer long:

Breaking down the biggest deals

Next for Kyrie and Brooklyn?

Should the Knicks pay Brunson?

Across those 30 games Simons started, he averaged 22 points per game and shot 45 percent from the field and 41.5 percent from 3-point range -- while averaging just under 10 3-pointers attempted per night.

One of the youngest players in the 2018 NBA draft, Simons was the No. 24 overall selection out of IMG Academy, having been taken just a couple of weeks after turning 19. He hardly played as a rookie, then became a backup guard for the Trail Blazers the last two seasons before moving into a much more prominent role this season.

After agreeing to this deal, Simons is officially one of Portland's building blocks moving forward, as he's ascended into McCollum's place alongside Lillard in what could be one of the NBA's most explosive offensive backcourts next season.