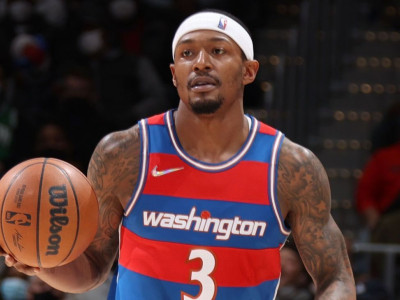 Beal, who has played his entire 10-year career with the Wizards, has now committed himself to the franchise for the duration of his prime.

Beal, who turned 29 earlier this week, averaged 23.2 points, 4.7 rebounds and 6.6 assists in 40 games for Washington last season before undergoing season-ending wrist surgery in February. That was preceded by two seasons in which Beal averaged at least 30 points per game -- including 31.3 points per game across 60 games during the 2020-21 season.

Stay up to date on the latest NBA free agency and trade news all summer long:

Breaking down the biggest deals

Next for Kyrie and Brooklyn?

Should the Knicks pay Brunson?

The No. 3 pick in the 2012 NBA draft, Beal is in the top five in a host of all-time statistical categories for the Wizards -- including making, and attempting, the most 3-pointers in team history. Now, he'll get a chance to take aim at virtually every statistical mark the franchise has to offer.

Washington hopes those milestones will be accompanied by victories. The Wizards, after making the Eastern Conference semifinals three out of four years earlier in Beal's career, have reached the postseason just once in the past four years, when Washington exited in five games against the Philadelphia 76ers in the first round of the 2021 NBA playoffs.

Last year, with Beal sidelined for half the season, the Wizards finished in 12th place in the East -- a distant eight games out of the 10th and final play-in tournament spot in the East.

Now, Washington will wait and see what Beal looks like alongside the team's marquee midseason addition: center Kristaps Porzingis, who has yet to play a game with Beal after being acquired in a deal with the Dallas Mavericks.

The Wizards, under second-year coach Wes Unseld Jr. and team president of basketball operations Tommy Sheppard, added to the roster earlier this week by sending out guards Ish Smith and Kentavious Caldwell-Pope in exchange for guards Monte Morris and Will Barton, with Morris set to take over as the team's starting point guard alongside Beal in Washington's backcourt.

Washington also has several young players who could play a role, including the team's past four first-round picks: guard Johnny Davis, the 10th pick in this year's draft, and forwards Corey Kispert, Rui Hachimura and Deni Avdija.