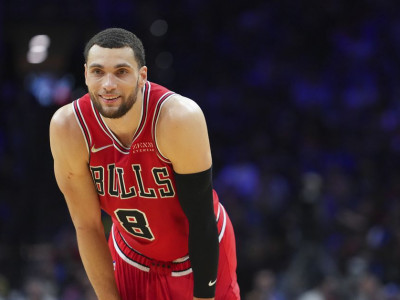 The NBA has rarely felt as wide open as it does right now. The Golden State Warriors reassumed their position on top of the league in June with their fourth championship in the last eight years, but this is no longer the overwhelming title favorite it once was with Kevin Durant. Instead, there are a handful of teams in each conference that can realistically dream about winning it all. That journey begins for the 2022-23 season with the opening of NBA free agency.

There was already a huge trade just before free agency opened: the Atlanta Hawks acquired Dejounte Murray from the San Antonio Spurs for three future first round draft picks. The deal sets the course for both franchises, with the Hawks going all-in to contend in the East, and the Spurs entering a full rebuild with their eyes at the top of the 2023 draft lottery.

Check out our list of the top-75 NBA free agents this year. We are keeping track of every deal in this post.