When is the British Grand Prix 2022? Silverstone history 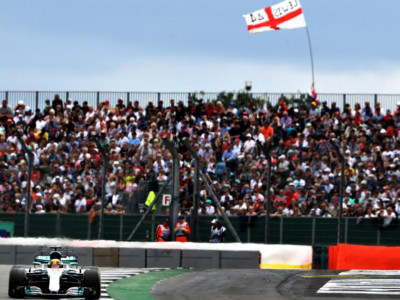 The 77th edition of the British Grand Prix is expected to attract another record crowd to Silverstone, where seven-time Formula One champion Lewis Hamilton will be aiming to repeat his dramatic 2021 victory.

Around 350,000 people are expected to head to Northamptonshire across the course of the huge event on the British sporting calendar.

Hamilton and his Mercedes team need points and will be optimistic because of the relatively smooth track Silverstone offers, as well as the upgrades they are taking to the Grand Prix.

What's the schedule for Silverstone 2022? How much do you know about the history of the famous track? The Sporting News looks at its story.

The British Grand Prix 2022 takes place on July 3, with practice starting on July 1 and qualifying on July 2.

Spectators began to arrive at Silverstone up to five days before the main race, with many pitching up in nearby campsites.

It is a Grand Prix that has almost always been held in midsummer, although the first edition at Silverstone was one occasion when it didn't, instead taking place in October.

Silverstone first became the setting for the British Grand Prix in 1948, when organisers decided to use the wartime RAF airfield because of a lack of suitable racing tracks.

Around 100,000 people flocked to see Italian Luigi 'Gigi' Villoresi, who went on to finish fifth in the 1951 and 1953 Formula One seasons, beat 22 rivals in his Maserati to become the first winner.

The former circuit of Brooklands in Surrey held two Grands Prix in 1926 and 1927. Neither of those races, nor the first two at Silverstone, were part of the Formula One World Championship.

Aintree, near Liverpool, held the Grand Prix with Silverstone in alternating years between 1955 and 1960.

Kent circuit Brands Hatch also held 12 of the races, alternating years with Silverstone between 1963 and 1986.

Silverstone has been the sole annual setting for the Grand Prix since 1987 and is currently contracted to continue until 2024.

The other major motorsport event that happens at Silverstone is the Moto GP, which originally took place at the track between 1977 and 1986 and has returned since 2010.

The top motorcycling event is held around a month after the British Grand Prix, followed a month later by the adrenaline rush of the British Touring Car Championship, which has been going almost as long as Silverstone.

A wide range of other car and motorsport-related events include more racing, rallies, car shows and fairs, including ever-popular displays and demonstrations of thousands of vintage cars at a time.

A year-round venue, Silverstone offers entertainment, accommodation and a prestigious setting for business events throughout the year, as well as an on-site museum. Motorsport fans can even book a drive around parts of the circuit.

British sporting legend Lewis Hamilton has won by far the most British Grand Prix races, prevailing eight times between 2008 and 2021, including all but one of the eight most recent editions.

Australian Jack Brabham shared his three wins between 1959 and 1966 across Aintree, Brands Hatch and Silverstone, and seven-time world champion Michael Schumacher won three times at the current home of the Grand Prix.

Legendary British driver Jackie Stewart won at Silverstone in 1969 and 1971. Fernando Alonso, Sebastian Vettel and Mark Webber are among the other stars to have taken the chequered flag twice there.