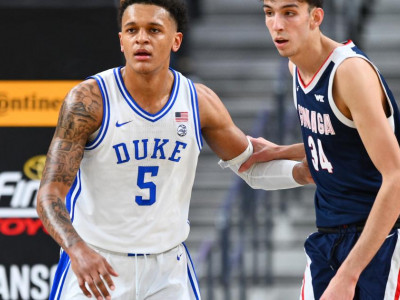 The 2021-22 NBA season is over, but if you work in a team's front office, the hard work is just beginning.

With the NBA Playoffs now in the rear-view mirror, the focus of general managers around the league has shifted to the NBA Draft. After all of the picks are made on Thursday night, they will then be tasked with reconstructing their rosters in free agency.

Given the proximity of those two big events on the NBA calendar, you may be wondering how much money rookies earn after signing their contracts and the impact those deals will have on the rest of the offseason.

Here's a closer look at the kind of deals that first-year players can sign.

After teams make their picks at the NBA Draft, contract negotiations typically don't take long because there is a rookie scale set before each season. The scale changes each year based on the salary cap, and a player's draft position dictates how much money he will make on his first contract (more on that below).

As a recent example, Cade Cunningham, the No. 1 overall pick in the 2021 NBA Draft, earned $10.05 million in the first year of his deal, which was nearly 120 percent of the figure on the rookie scale. Jalen Green, Evan Mobley and Scottie Barnes each made at least $6 million in 2021-22.

You can see the rookie scale figures for the top 10 picks in last year's draft class below.

Here are the latest projected picks for the 2022 NBA Draft, according to TSN's Kyle Irving:

MORE: Who has been invited to 2022 NBA Draft green room?