Why Suns were forced to apologize to fans twice on social media for Game 7 loss vs. Mavericks 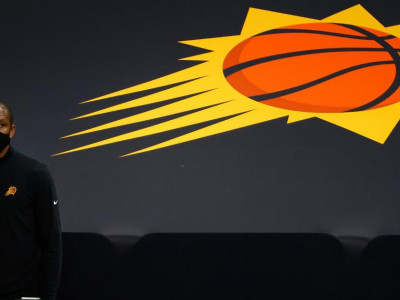 The Suns have apologized to their fans after their embarrassing Game 7 loss to the Mavericks.

Phoenix took to social media on Monday to thank its fans for their support during the 2021-22 NBA season. The letter, signed by general manager James Jones and team executive Jason Rowley, outlined that "the work on next season is already underway." They tried to encourage fans by saying that the organization "won't be satisfied" until it gives Suns fans a title.

With greater success and expectation comes deeper disappointment. That's natural. Just know that we all share in it, and our organization won't be satisfied until we bring an NBA championship to the Valley.

MORE: What is Chris Paul's legacy after Suns' loss vs. Mavericks?

Fittingly, the Suns had to send their "notes app" apology twice. Their first iteration of the statement contained within it a critical error, as the team had misspelled the name of its sponsor, writing "PayPayl" instead of "PayPal." It's a critical mistake given the apology was likely an intentional branded marketing opportunity.

The error was fixed quickly, but not before astute Twitter users noticed it.

The only thing more embarrassing than sending a lengthy apology tweet to fans for getting utterly demolished in the playoff… is having to do it twice because you misspelled your own sponsor’s name. 😬 pic.twitter.com/2nX77iFxqr— RedditCFB (@RedditCFB)

As such, the apology became another mini-loss for the Suns, though it wasn't nearly as bad as their defeat at the hands of the Mavericks on Sunday.

The Mavericks crushed the Suns in Game 7 of their Western Conference playoff series despite the game taking place in Phoenix. Dallas never trailed during the contest, cruising to an easy 123-90 victory.

The Suns couldn't get anything going offensively during the game. They generated just 27 first-half points, and despite having energy coming out of the locker room in the first quarter — as evidenced by the video below — they were listless as they fell behind by 30 at halftime.

Phoenix now enters a critical offseason and will quickly face a critical decision about the future of impending free agent DeAndre Ayton. Additionally, they'll need to decide if Chris Paul's postseason regression was permanent or whether the 37-year-old was just banged-up down the stretch.