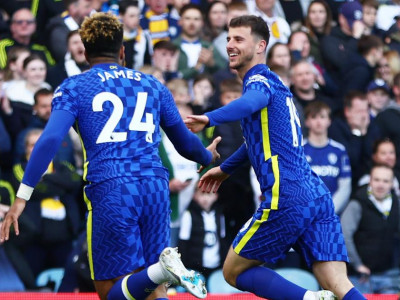 Chelsea have spent most of 2022 operating at a distance from Manchester City and Liverpool’s title fight but comfortably ensconced inside the top four.

While some late-season patchy performances against a background of off-field turmoil left Thomas Tuchel’s squad looking anxiously over their shoulders, the anxiety was ultimately for nought.

Arsenal's 2-0 defeat to Newcastle leaves the fifth-placed Gunners four points back of Chelsea with one match to play, meaning the Blues have confirmed a place in next season's Champions League. Even should Chelsea slip on the final day and see themselves passed by Tottenham, a finish of at least fourth place is guaranteed.

Last season’s European Champions are now confirmed to have reserved a place in next season's top European club competition.

In short, not great. Heading into the Leeds game, Tuchel’s men had only one win in five Premier League games following their FA Cup semi-final win against Crystal Palace.

The only victory in this slump needed a 90th-minute winner from Pulisic against West Ham.

There was a chaotic 4-2 London derby loss at home to Arsenal and a 1-0 reverse at the hands of an Everton side battling against relegation.

A 1-1 draw at Manchester United would be looked upon favourably in normal circumstances but Ralf Rangnick’s side have provided rich pickings elsewhere.

The most dispiriting result of the lot arguably came last weekend when Chelsea ceded a 2-0 lead to draw 2-2 at home to Wolves. There's also the FA Cup final, which ended with a loss after a 0-0 draw required a penalty shootout, the second time this season that the Blues have seen a penalty shootout end in defeat to Liverpool.

The Blues fell in last weekend's FA Cup final, meaning just the final two Premier League matches remain. Chelsea hosts Leicester City on Thursday, May 19 before a home fixture against Watford to close the season on Sunday, May 22.

On paper, the two matches look very winnable in back-to-back home games. Their opponents are a Leicester City side comfortably placed in mid-table and already relegated Watford on the season's final day.

Should the Blues finish the campaign victorious, they would finish the season on 76 points, a clear improvement from last season's 67-point haul.

Tottenham can theoretically jump Chelsea, but Arsenal now mathematically cannot, meaning the Blues are locked in to a Champions League place. Even if Spurs pass Chelsea into third, the worst the Blues can do is fourth.

In addition, Chelsea still have a game in hand, meaning it's highly likely that the Blues finish the season firmly in third.

Arsenal entertain Everton on the final day, while Tottenham conclude the season at relegated Norwich. Regardless, Chelsea are almost there.