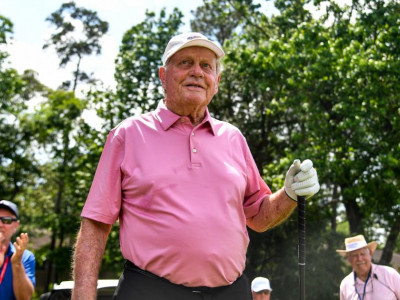 The PGA Tour is facing unique challenge for the first time in quite a while, as the LIV Golf Invitational attempts to become a competitor to the tour. The Saudi-backed initiative has recruited golfers like Phil Mickelson to participate in its events and has employed former major winner Greg Norman to lead its foray into golf.

However, before targeting Norman as its figurehead, LIV Golf had another all-time great in mind: Jack Nicklaus. The legendary golfer explained in a recent interview with the Fire Pit Collective that he turned down an extremely lucrative offer from the Saudis not once, but twice.

"I was offered something in excess of $100 million by the Saudis, to do the job probably similar to the one that Greg [Norman] is doing," Nicklaus said.

I turned it down. Once verbally, once in writing. I said, 'Guys, I have to stay with the PGA Tour. I helped start the PGA Tour.'

Indeed, Nicklaus, 82, was a driving force behind the creation of the modern PGA Tour. He was one of the players that catalyzed the split of the Tournament Players Division of the PGA of America into a the PGA Tour as a separate entity. Arnold Palmer was among the founding members of the PGA Tour along with Nicklaus.

Nicklaus won 73 events during his time on the PGA Tour, including a record 18 majors. He earned the nickname "The Golden Bear" and went on to become a prolific golf course architect in his post-playing days.

Though Nicklaus has made quite a lot of money during his career in golf, the $100 million-plus offer from the Saudis was nothing at which to sneeze. He has a net worth of $400 million, per Celebrity Net Worth, so signing with the LIV Golf Invitational would have helped him increase that drastically.

MORE: Why Phil Mickelson is sitting out of the 2022 PGA Championship

But loyalty to the PGA Tour was more important to Nicklaus. Still, he isn't holding the decisions of Mickelson or Norman against them. And even as Mickelson sits out PGA Tour events after recent comments he made against the tour, Nicklaus believes that he will be able to return without issue in the future.