World Poker Tour Harnesses the Power of the Poker MUG 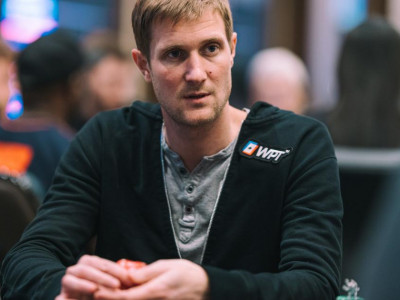 Most people are familiar with meet-ups. The trend started 20 years ago when people felt the need to connect in new ways. People could form meet-up groups for everything from political activism to book clubs to career networking. They still do for more reasons than we could even try to list here.

It shouldn’t be surprising that someone harnessed the power of the meet-up for poker. It just so happened that it did take a long time to do it in a way that formed a special community of players.

Andrew Neeme had the initial idea to host a meet-up -- specifically a meet-up game, also known as a "MUG." He partnered with fellow poker vlogger Brad Owen to connect with people in the poker community who were watching their vlogs. It was a way to form a new community, one with people of similar poker interests, and a way to bring people together at and away from the tables. That was almost six years ago.

Today, Neeme and Owen continue to host MUGs. They’ve evolved, though, often to groups of hundreds of participants. The World Poker Tour recently partnered with Owen to bring that MUG power to its ranks. Owen is the newest WPT Ambassador and hosted his first WPT-sponsored MUG this week at Choctaw Durant just before the start of the WPT Choctaw Main Event.

It was a massive draw, but its success is a product of years of hard work and special care to protect its integrity and uniqueness. Owen and the WPT will make sure that remains the case.

Andrew Neeme was the creator of the MUG idea, though he coordinated with Brad Owen to pull it off.

Neeme started his vlog chronicling his cash-game play and analyzing some hands in October of 2016. Owen started his vlog in December of '16. By '17, they had each garnered a bit of a following on YouTube and social media. Owen remembers having about 7,000 subscribers, though only a fraction of Neeme’s approximately 50,000. Both wanted to expand their horizons a bit.

"The thought behind it was to be able to play poker face-to-face with our viewers -- meet them, interact with them, have drinks with them, have a fun time, not focus too much on the outcome of the session, and just enjoy being with the people who support our poker channels," Owen explained.

The two vloggers had different styles – Neeme more artistic with aesthetically-pleasing blogs; Owen more comedic with a bit of a lighter tone. It turned out that they complemented each other well, both in the vlog world and in real life.

They hosted their first meet-up game in mid-2017 at the Mirage in Las Vegas, an older Strip casino that had a (now-defunct) small poker room. About 20 or 25 people showed up to play some fairly low-stakes cash games. They took a few shots, had some beers, and played poker for a few hours. Everyone was happy, including the Mirage’s poker room.

The next one was at a similar location: Treasure Island on the Strip. It drew a similar crowd with another positive result.

The more they hosted their MUGs, the more requests the duo received to host similar games at different locations. They found a casino near Phoenix called Wildhorse Pass later in 2017, and that one took the idea to a new level. Upwards of 75 people showed up.

"That was insane," Owen recalled. "At that point, we realized that we were really on to something with the concept. It was a win-win-win. The property’s poker room was busier than it normally was...by a lot. We were making great content, and we were interacting with the viewers, who were having a great time. It was a lot of fun."

This past December, Owen celebrated his fifth vlog anniversary. His vlog now has more than 606,000 subscribers, and his vlogs have more than 129.8 million views. Each recent video regularly shows 450,000 to 700,000 views, though some have catapulted over the million mark.

Several months later, Owen inked a sponsorship deal with the World Poker Tour. He is the second ambassador to sign with the brand this year. (World-renowned DJ and music producer Steve Aoki was the first). It’s a full-circle dream-come-true moment for Owen.

"I grew up watching the World Poker Tour events on television," Owen told me. "To now be friends with the people who are regularly at the final tables of the WPT, to be hanging out with people like (WPT commentator and actor) Vince Van Patten, is a dream in so many ways."

The young poker pro is now working closely with the World Poker Tour. WPT Choctaw in Oklahoma was the first stop for him as a WPT Ambassador, and he hosted a MUG at the Choctaw Durant casino the night before the Main Event began. Approximately 170 people showed up, including Van Patten.

Owen expects to take the MUGs on the road more with the WPT, with possible locations to coordinate with upcoming WPT Main Tour or WPT Prime stops in Australia and/or Spain. He’s fairly sure there will be a giant MUG at the Venetian’s poker room in Las Vegas this summer around the time of the recently-announced WPT Venetian Festival in the first half of July.

Changing and Remaining the Same

Owen looks forward to continuing to expand the MUG concept. His role in the poker world is now larger than ever, as is his influence.

Personally, this means that Owen will travel more frequently. On the positive side, his girlfriend loves to travel with him but doesn’t play poker. This makes it easier to work it all around the lives of her two young daughters, as his job remains separate from their lives but is the conduit for family vacation opportunities. The added work as a WPT Ambassador may mean a little less quality time at home with his family, but all three of the women in his immediate life respect his work.

What does it all mean for MUG?

It means more players around the world will be able to meet Owen and other pros at meet-up games around the United States, Europe, Asia, and wherever else the World Poker Tour goes.

Meanwhile, it is vitally important to keep the core goals of the MUGs intact. The more people who attend, the tougher it becomes for Owen to mingle, play at every table for more than just a few hands, and chat with attendees. He doesn’t want the experiences to lose the personal touch.

Those who "know" Owen through his vlogs or in person can sense that he won’t let anything get out of hand. The World Poker Tour has a great deal of respect for Owen and his MUGs, as they are the package deal made him an ideal candidate for an ambassadorship.