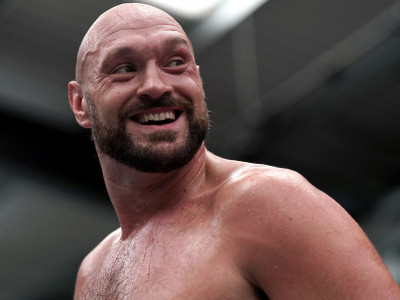 Tyson Fury has been 'given time' to consider retirement as the WBC will not start the search for a new challenger until the British star makes a final decision on his future.

The 33-year-old, two-time world heavyweight champion has repeatedly said he will walk away from boxing after defending his world titles with a sixth-round stoppage victory over Dillian Whyte at Wembley Stadium last month.

WBC president Mauricio Sulaimán told Sky Sports he has spoken to Fury this week, while on holiday, and they will support him "whatever he decides".

"I just received a very beautiful video from Tyson with his father and his family while on vacation," he said. "We spoke and we're going to be speaking in the near future.

"We will give him the time he needs."

Sulaimán added: "I do not like to speculate. I would rather wait to give him his due time for his holiday.

"The WBC will certainly support him, whatever he decides.

If Fury was to confirm his retirement, Deontay Wilder - who he famously faced in a trilogy of fights between 2018 and 2021 - is currently No 1 in the WBC rankings and could fight for the vacant belt.

Wilder hasn't been back in the ring since the second of his defeats to Fury, an 11th-round knockout in Las Vegas last autumn, but Sulaimán says he would be in contention.

"Certainly," he said. "Because he is the No 1-ranked contender in the division.

"I spoke to him a couple of months ago, he is doing great and he is looking forward to resuming his boxing career."

Meanwhile, the No 2-ranked Joe Joyce and No 3-ranked Joseph Parker are expected to face off at Wembley Arena on July 2, but Sulaimán insists the outlook of the whole division could yet change by the time the next mandatory challenger needs to be determined.

"We have one year to have the next mandatory fight," he said.

"At this moment, we will wait for the decision of Tyson Fury, and then we will either do a series of fights - a boxing tournament - going into a final elimination, but at this time we're going to wait because we don't know the specific circumstances.

"I believe that Joyce and Parker are fighting for the WBO interim championship, but I have not confirmed that.

"All of the variables may change."