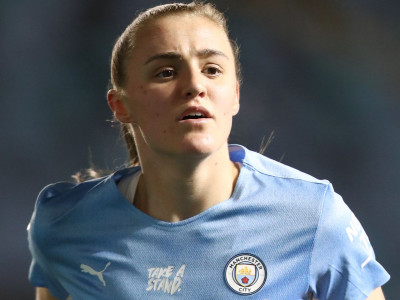 The England international has agreed an initial two-year contract with the Bundesliga runners-up with the move expected to be officially confirmed later this week.

Stanway's contract with City expires at the end of next month and she is expected to join up with Bayern after the Women's Euro Championships where she will be part of the Lionesses squad.

The 23-year-old has been with City since she was 16, spending seven years at the club since making her debut in 2015, scoring 57 goals in 165 appearances.

She enjoyed a memorable breakthrough season in 2015-16 by winning City's Rising Star award after the club won the Women's Super League and League Cup.

The following year, Stanway starred as City lifted the FA Cup before scoring her first senior England goal, on debut in November 2018.

In March 2019, Stanway signed a new deal to keep her at the club until this summer and two months later, she scored in a 2-0 victory over West Ham in the FA Cup final. That season, she also brought home the Continental Cup and was awarded the 2019 PFA Young Player of the Year award.

Stanway is one of City's highest appearance makers and the club's all-time record goalscorer as a professional outfit, having overtaken Nikita Parris' previous record in January 2022.

She helped City to another League Cup triumph this season although, in her last game for the club, they were beaten by Chelsea in the FA Cup final after extra-time.