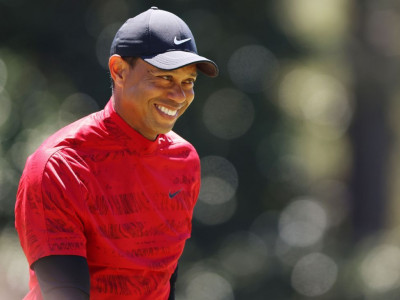 TULSA, Okla. -- As Tiger Woods prepares to try to win his fifth PGA Championship this week, he said his surgically repaired right leg is stronger than it was at the Masters five weeks ago, when he struggled to climb the sloping hills of Augusta National Golf Club, one of the most demanding walks in golf.

"It's only going to keep getting stronger," Woods told reporters Sunday. "The more I use it, the more strength it gains. Am I ever going to have full mobility? No. Never again. But I'll be able to get stronger. It's going to ache, but that's the way it's going to be."

Woods, a 15-time major champion, flew to Tulsa in late April for a practice round. Southern Hills underwent an $11 million renovation by Gil Hanse and Jim Wagner in 2018. Woods' caddie, Joe LaCava, flew to Florida last week to work with him.

Woods struggled in his return to competitive golf at the Masters, the first time he had played in a regular tour event since he was seriously injured in a car wreck outside Los Angeles in February 2021. He made the cut at Augusta National, then finished 47th after shooting 6-over 78 in each of the last two rounds, his worst scores at the Masters. He admitted he was in pain after his rounds on the weekend.

With a victory at the PGA Championship, Woods would become the PGA Tour's winningest golfer with 83 career victories.

"I'm excited about [the week]," Woods said. "I'm not going to play that much going forward, so anytime I do play, it's going to be fun to play and to compete. There are only so many money games you can play at home."