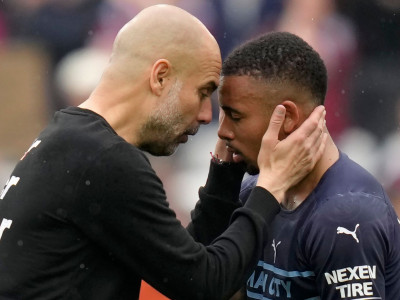 Man City came from two goals down to draw 2-2 with West Ham at the London Stadium; Riyad Mahrez missed a late penalty but City move four points clear of Liverpool; Pep Guardiola: "The big privilege we have is that it's in our hands."

Pep Guardiola jokingly told Southampton to "beat Liverpool 4-0" when asked if he had a message for the Reds' opponents on Tuesday after Manchester City's 2-2 draw with West Ham.