Florence Pugh Is Just Being Honest 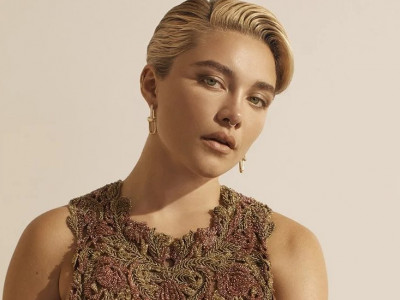 “I feel like I am now getting into this groove in my career where I know what I can take, what I can give, and what I will not accept anymore.”

Fans have come to expect this kind of no-BS fiery candor from Pugh. Since making her big-screen debut in 2015 as a teenage girl reckoning with her own sexuality in Carol Morley’s The Falling, she has built a career playing women who refuse to be silenced. Over the past seven years, she’s acted in almost two dozen projects, including her breakout performances in a pair of 2019 films, Ari Aster’s indie horror hit Midsommar and Greta Gerwig’s adaptation of the beloved classic Little Women, the latter of which earned her an Oscar nomination for Best Supporting Actress.