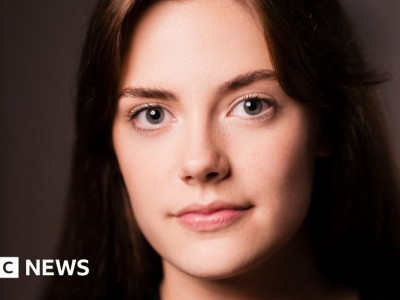 All three actors will star in the show's sixth and final season, which begins filming this autumn.

Netflix had previously announced the award-winning semi-fictional drama would end after five seasons.

But creator Peter Morgan had a change of heart after it became clear a sixth would be needed to "do justice to the richness and complexity of the story".

The new trio join a coveted list of stars who have played members of the Royal Family in the drama, including Oscar-winner Olivia Colman and Matt Smith.

Season six will take the story of Queen Elizabeth II's reign up to the early 2000s, and chronicle the aftermath of Princess of Wales' death.

Bellamy will play a young Miss Middleton, before she becomes the Duchess of Cambridge, as a student at St Andrews University in Scotland where she met her future husband in 2001.

She is believed to have found out about the role just months after leaving school in Berkshire, the Daily Telegraph reported.

Kampa, meanwhile, will appear as a young Prince William in episodes which show how the family coped with Princess Diana's death, while McVey plays the prince during his later teenage years.

The fifth season is set to launch on Netflix in November, with four actors playing Prince William and Prince Harry at different ages.

Claire Foy played a young Queen in seasons one and two during the early years of her reign, with Colman portraying the monarch in the third and fourth seasons.

Imelda Staunton will take over from Colman for the last two seasons.

Prince Harry, who has made his own content deal with Netflix with his wife, Meghan, the Duchess of Sussex, has previously described the drama as "fictional" but "loosely based on the truth".

"Of course it's not strictly accurate," the duke said about the show last year.

"It gives you a rough idea about what that lifestyle, the pressures of putting duty and service above family and everything else, what can come from that."

The Crown has been nominated for and won several awards, including Golden Globes, Emmys, and BAFTAs.