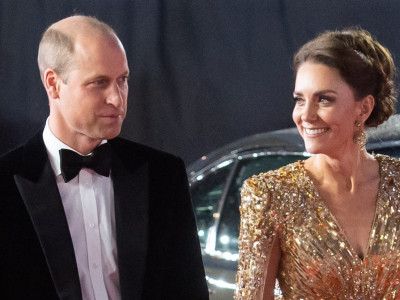 Prince William and Duchess Kate are getting ready to enjoy a Hollywood date night later this month.

BAZAAR.com has learned the Duke and Duchess of Cambridge will attend the U.K. premiere of Top Gun: Maverick at Leicester Square in London on Thursday, May 19.

"The premiere will be hosted by Paramount Pictures and The Film and TV Charity and will be the 72nd Royal Film Performance delivered by the charity in its almost 100-year history," per Kensington Palace.

The Film and TV Charity supports people working behind the scenes in the U.K.'s film and television industry. During the first year of the COVID-19 pandemic, when many lost their sources of income, the organization stepped up to raise money for them. Netflix even donated more than $700,000 to the charity's COVID-19 Recovery Fund to help sustain those who lost their jobs for up to six months by providing them with money and support.

William and Kate will be greeted at Leicester Square by the Lord Lieutenant and the CEO of the Film and TV Charity before being taken down to walk the red carpet. They will meet film studio executives and be introduced to cast members from the film, including Tom Cruise and Miles Teller.

The rare red-carpet outing will come nearly a year after the Cambridges attended the premiere of the James Bond movie No Time To Die at Royal Albert Hall. At the time, Kate was a vision in a gold-sequined Jenny Packham cape gown, which included a sheer, embellished overlay, and nude pumps by Aquazzura. She accessorized with gold statement earrings and wore her hair styled in an elegant updo.

William complemented her dazzling look in a classic black tuxedo—very James Bond. William's father, Prince Charles, and his wife, Duchess Camilla, accompanied them for the outing.