Jennifer Lopez to Produce Series Based on Rodgers & Hammerstein’s 'Cinderella' 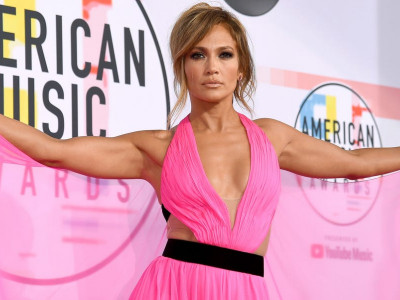 Jennifer Lopez is set to executive produce a limited series based on a beloved musical, Rodgers & Hammerstein's Cinderella.

Lopez's production company, Nuyorican Productions, joins Skydance Television and Concord Originals in undertaking the project. Rachel Shukert (GLOW, The Baby-Sitters Club, Supergirl) will adapt the musical for the screen, as well as serve as executive producer and showrunner, per Deadline.

Along with Lopez, Nuyorican Productions' Elaine Goldsmith-Thomas and Benny Medina will also be on the project as executive producers, Deadline reported. David Ellison, Dana Goldberg, and Bill Bost of Skydance will executive produce, as will Sophia Dilley and Scott Pascucci of Concord.

"The story of Cinderella is as timeless now as ever," Bost, president of Skydance Television, said, per The Hollywood Reporter. "This aspirational story of romance, unconventional families and the surprising power of wishes has inspired audiences around the world for centuries, and we are thrilled to be working with Jennifer, Rachel, Concord and The Rodgers & Hammerstein Organization to bring our fresh take to the screen."

Dilley, the senior vice president of development and production at Concord Originals, added in a statement, "Rodgers & Hammerstein elevated the already magical story of Cinderella with their iconic music that has attracted legends of screen and stage throughout its many beloved, award-winning iterations over the years. Our partnership with Skydance and Nuyorican on this project is the first step of many towards our collective goal of championing timeless classics for a new generation, and Rachel is the perfect voice to expand upon this story in a contemporary way."

The iconic musical starring Julie Andrews originally debuted in 1957 and was watched on CBS by an estimated 100 million people, according to THR. Since, revivals of the movie musical have seen similar levels of critical success, like the 1997 star-studded adaptation that costarred Brandy as Cinderella and Whitney Houston as the Fairy Godmother.