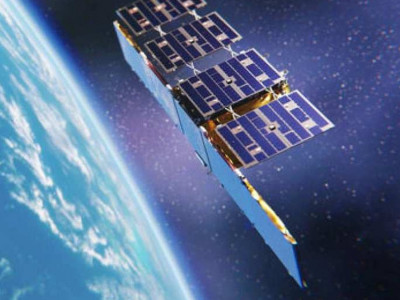 The ICEYE satellite purchased by Ukrainian volunteers is already producing results on the battlefield, Ukrainian Defense Minister Oleksiy Reznikov has said. "For obvious reasons, I can't reveal all the details, but just imagine: in the first two days of the satellite's operation, more than 60 units of military equipment were discovered, which the enemy tried to disguise in forest belts and other obstacles. It was found because ICEYE satellites collect information using Synthetic aperture radar (SAR) technology. This equipment would be very difficult or impossible to detect with optical satellites. At the same time, the coordinates of the 'hidden' were promptly transferred for inflicting fire damage. In particular, in the area of Kreschenivka and Ukrainka settlements in Kherson region, as well as near Novoselivka in Donetsk region," Reznikov wrote on Facebook. "In fact, in these two days alone, the enemy has lost more armored vehicles than the entire project with satellites is worth," the minister added. He stressed that one of the satellites fully works for the needs of the Ukrainian defense, and almost 20 more are involved if necessary. The images are directly deciphered and processed by military intelligence specialists of the Ministry of Defense who have undergone appropriate training. The minister noted that the ability to combine optical satellite data from partners and SAR data fundamentally increases the ability of Ukrainian troops to identify and strike at Russian occupiers. Satellites with SAR technology become especially relevant in autumn and winter when the weather is bad, cloudy or snowy. In addition, the Ukrainian military was able to determine where and when to get the necessary data. "Currently, systematic monitoring of the main areas of combat operations in the south and east is being carried out," Reznikov said. "Once again I want to thank everyone who joined the financing of this initiative, the team of the Serhiy Prytula Foundation for its implementation, entrepreneur Max Polyakov for a very important contribution. This is a real contribution to strengthening the defense of Ukraine due to its technological advantage. After all, the Russian troops do not have such capabilities. I have repeatedly noted that we would be able to defeat Russia only due to the quality of our defense. That is why I consider this project a kind of start-up that will open the door for other ambitious initiatives and solutions," the minister stressed.
Read full news…
More news