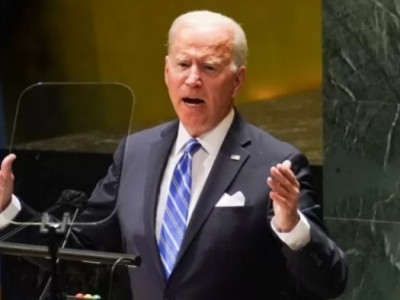 President of the United States Joe Biden has accused Russia of "irresponsible" nuclear threats that violate the charter of the United Nations (UN). This was reported by Reuters on Wednesday, September 21.

Speaking at the UN General Assembly in New York, Biden criticized Russian President Vladimir Putin for starting an unprovoked war and said that no one threatened Russia despite its claims to the contrary, and that only Russia sought conflict. He promised that the United States would stand in solidarity with Ukraine. Biden also accused Russia of violating basic principles of UN membership by invading Ukraine and said that Moscow is making "irresponsible" threats to use nuclear weapons.