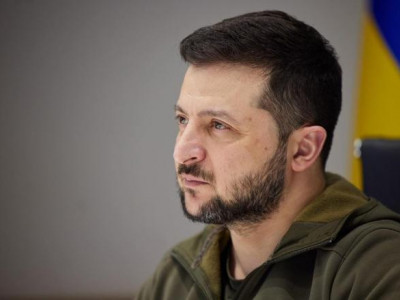 Russian President Vladimir Putin wants to create a "multi-million army" because he sees his units are taking a run in Ukraine, Ukrainian President Volodymyr Zelensky believes.

In an interview with BILD on Wednesday, he said that he had not seen Putin's speech. His performance on television was "not my favorite video," the president said. "I have all the information I need. In this speech, there was nothing new for me," Zelensky said.

According to him, Putin has already carried out a partial mobilization, "our special services and our allies have already announced this; they have been mobilized over the past month."

Partial mobilization, he said, shows that Russia has "problems with officers and other military personnel." "We already know that they mobilized cadets, guys who didn't know how to fight. These cadets have fallen. They couldn't even finish their education. All these people can't fight. They come to us and die," Zelensky said.