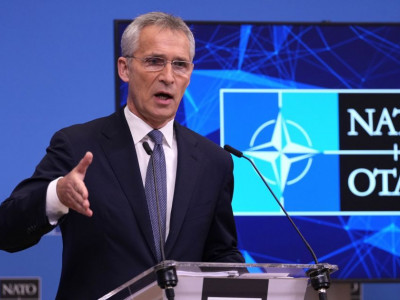 NATO Secretary-General Jens Stoltenberg said Thursday the Western military alliance has the joint tasks of both supporting Ukraine in its fight against a Russian invasion and to prevent the conflict from spreading into a war between Russia and NATO.

Speaking to a summer camp in his native Norway, Stoltenberg said NATO has a moral responsibility to support Ukraine and the Ukrainian people who have been subjected to a war of aggression.

"We are seeing acts of war, attacks on civilians and destruction not seen since World War II," Stoltenberg said, according to a NATO release of his prepared remarks. "We cannot be indifferent to this."